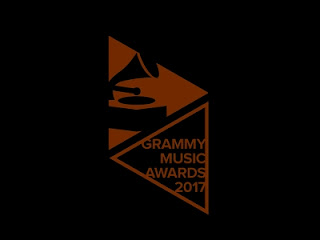 Exactly because of the fact that most people of the underground get sick even when hearing the words "Grammy Awards", I decided to check out and occupy myself with the metal section there this year and maybe I'll continue for the years to come. Hell, maybe I will write a post about all of the previous years if I want to.

The mechanics behind this event are very much unexplored territory to me, even though all of us have clues and notions about what's going on or not going on, I think. The nominations for "Best Metal Performance" this time were:

And of course, I completely disagree with Megadeth winning the award after all. Thinking that Dystopia got the award for "Best Metal Performance" of the year is painful, yet let's see closer.

I would never spend time listening to a whole Periphery record for no reason, thinking about a bunch of tracks like this one above. It's not my style at all but yet, I liked the part in the end where "Beauty Disgusting Blood" is repeated. I'm not dealing with Korn either, the best thing about that track is that Tommy Flanagan appears in it.

On the other hand. "Silvera" has great vocals and production, a catchy and groovy metal rhythm and generally good musicianship. Gojira are in fact one of the highly talented and visionary bands into the more mainstream spectrum. Megadeth's "Dystopia" is a mediocre record and it's also one of the weakest he has released, but I guess the name is heavy after all these years. "Shock Me" by Baroness is clearly better and more artistic.

So, if I had to choose among these five tracks myself, the price would go to Gojira for sure. Putting the tracks in the correct order: Gojira, Baroness, Periphery, Megadeth, Korn.

Always approach the Grammies in a mocking mood, don't engage seriously. After all, I think despite our preferences, we know Vektor released the best metal album last year and that shall be a universal truth for the whole community.
Labels: Grammy Journal