The call of the wretched sea 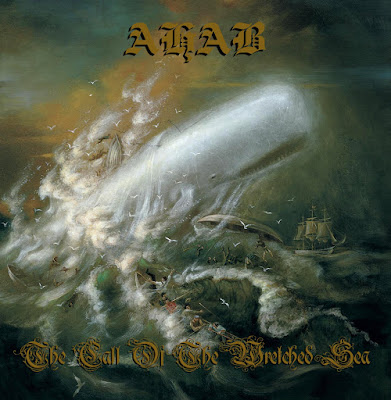 In 2006, Ahab released what is undoubtedly one of the best and most unique funeral doom metal albums ever created.

The band formed in 2004 and very soon moved on with a single the same year, but it was next year's demo that was the most important and the first installment to the known Nuntacket trilogy, featuring their first three releases, other than the The Stream: The Oath demo, The Call of the Wretched Sea in 2006, and The Divinity of Oceans in 2009.

In these releases, it seems like they had some struggles with recording and producing their music, or to put it more correctly: it is obvious that they moved on to a "professional" studio with The Giant in 2012. Of course, this has never been a problem for metalheads with trained ears in the harshest shit ever.

It turns out, the sound in the early Ahab records is soul crushing to heavenly levels, fitting the concept of the band ideally, as they only elaborate on ocean subjects, books about the sea and such. The Call of the Wretched Sea is also about my personal favorite book of all time, Moby Dick (hence, the name reference too). 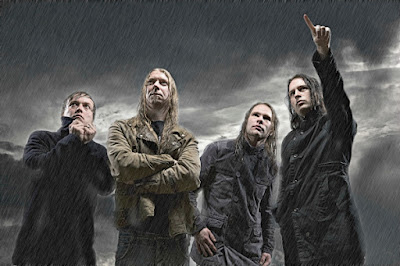 Fans of such literature might be interested to check a couple of more books: Owen Chase's The Wreck Of The Whaleship Essex and Nathaniel Philbrick's The Heart Of The Sea, which were both influences for Herman Melville as well.

Ahab moved towards a broader sound later in their discography, bringing jam / rock elements as well, and more clean vocals of course. In my opinion, they have never failed. I don't know if they have become better, because their first recordings are amazing.

I wouldn't say they were ever neck deep into funeral doom, but there isn't another genre closer to the claustrophobic, haunting and unbearable heaviness and atmosphere of The Call of the Wretched Sea. If this band has a funeral doom metal album, that is it. Especially the first two tracks, "Below the Sun" and "The Pacific", had me hooked very quickly, and they haven't lost their initial beauty after a thousand listens until today.

The album's fourth track "Of the Monstrous Pictures of Whales" is a reference to a chapter from Moby Dick, which you can read here.

There are not similar bands to Ahab, but if you are in the mood for their first album The Call of the Wretched Sea, it's safe to say that you should dig more into classic funeral doom metal bands. Mark my words that this is one of the best metal releases of the previous decade and a thrilling experience to listen through.

Winterwolf's debut: Cycle of the Werewolf 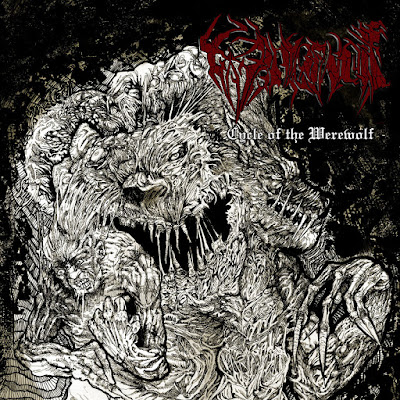 Deathchain are relatively known in the underground scene and considered a solid Finnish death / thrash metal band, plus their hefty discography has some really good albums.

A lesser known fact is that the band were previously known as Winterwolf, between the years 2000-2001, before becoming to Deathchain in 2002. The band had released to demos as Winterwolf before changing name, and their sound back then was raw and closer to pure death metal.

Some of the band members decided to bring Winterwolf back to life in 2006, while Deathchain were still active, and their first and only album so far, Cycle of the Werewolf, was released three years later, in 2009. Antti from Demilich also took a part in the album.

I ordered the record when it was first released because I wanted to fill a request, but a fun fact is that I initially wanted to buy a CD version. I was confused and ordered an LP version instead, which was a big surprise to me when the package arrived.

I didn't (and don't) have my own turntable, and it was impossible to rip the album into my computer, and back then it was still not available online. I had the LP and couldn't listen to it, only after a couple of years when I used a friend's vinyl player. But at first, I was really eager to listen to it, I had it and still it was impossible for me. 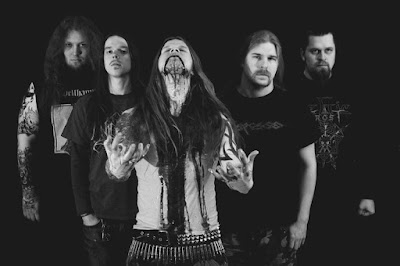 Cycle of the Werewolf is obsessed with fullmoon and wolves, as in its booklet, the band has used simplistic, black and white drawings of werewolves transforming and similar scenes. All the lyrics and most of the booklet text is in classic, lovable old English font.

The tracks are all revolving around that subject, and the album was: mastered at Studio Perkele (Finnish as fuck), recorded at Moonlight Studios during fullmoon. Winterwolf are so focused on this classic horror theme, that it's what separates them from the rest of the death metal scene. The guys have all the time they want to express themselves through Deathchain, so they can go with something graphic and straightforward in a side project.

Musically, Cycle of the Werewolf is not a revolution, but stays in Swedish / Finnish old school death metal ideas. The production is harsh and there also is a cover of the legendary track "Cenotaph" by Bolt Thrower.

I have Winterwolf close to my heart because, through my ordering mistake, it was the first LP I ever bought when I first started collecting in 2008 - 2009. I used to get CDs then, but it's funny that my first LP came around like that.

The band released a split with Disma in 2011 (review here) but haven't done much since. Cycle of the Werewolf is intended for fans of old school death metal, and people who have been into the genre for some time. A second album by them is a kinky dream for me but I don't mind them staying in the shadows like that.

The album title is very possibly inspired by an awesome short horror story by none other than Stephen King, released in 1983. You can find some information about this book at Wikipedia. 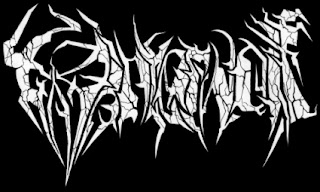 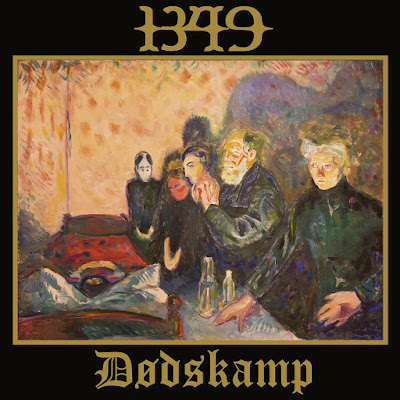 Track off the band's new EP, coming out on the 5th of April. The track is inspired by Evdard Munch's art piece "Dødskamp", which is also on the cover of the release. Very promising!

Listen (Bandcamp)
By VJ-atyc at January 18, 2019 No comments:
Email ThisBlogThis!Share to TwitterShare to FacebookShare to Pinterest
Labels: 1349, Black Metal 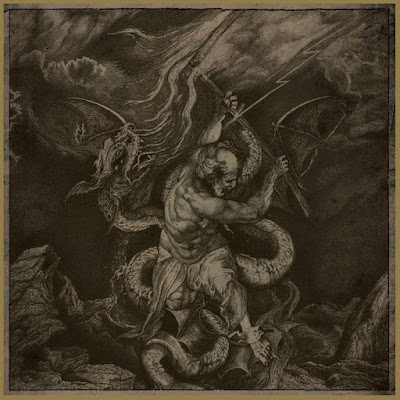 Listen (Bandcamp)
By VJ-atyc at January 16, 2019 No comments:
Email ThisBlogThis!Share to TwitterShare to FacebookShare to Pinterest
Labels: Barshasketh, Black Metal 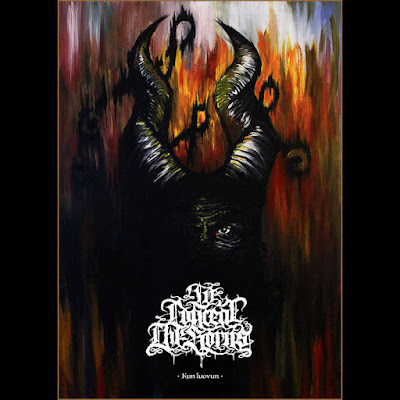 Listen (Bandcamp)
By VJ-atyc at January 13, 2019 No comments:
Email ThisBlogThis!Share to TwitterShare to FacebookShare to Pinterest
Labels: Black Metal, To Conceal the Horns 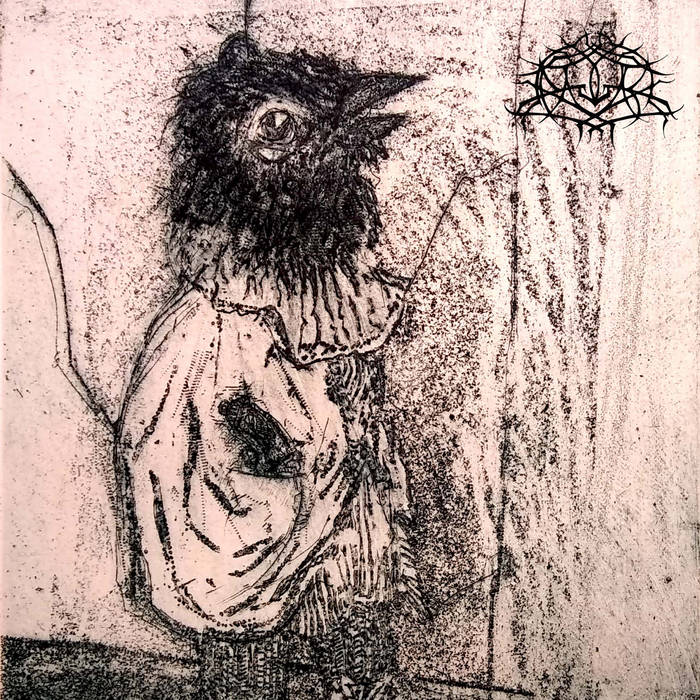