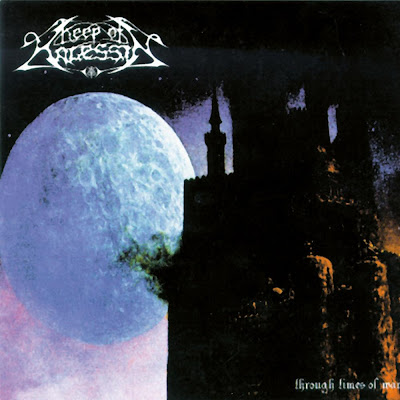 Keep of Kalessin "Through Times of War"
1997, Avantgarde Music


As much as they suck now, that good this album is. Its like, they used all the greatness they had on one album and kept the awfulness for the rest. They have managed to make the entire metal community to loathe them after the song with Alexander Rybak, i don't think i care anymore, this here is all i need. This album cannot be left out when we're talking about good black metal albums of the mid/late 90s, amazing atmosphere and compositional work.

Its not a mystery why they fucked up after this album. There was a crazy guy in Keep Of Kalessin that matched the philosophy of black metal perfectly back in 1996-1997. Then, after this album was released, he abandoned the band for reasons im not aware of. Keep of Kalessin started making this soft music and the crazy guy kept on creating music on his own. Mare and Aptorian Demon came out it. Ain't that justice.

Who is Kalessin? The eldest...
By VJ-atyc at April 20, 2013 No comments:
Email ThisBlogThis!Share to TwitterShare to FacebookShare to Pinterest
Labels: Black Metal, Table K 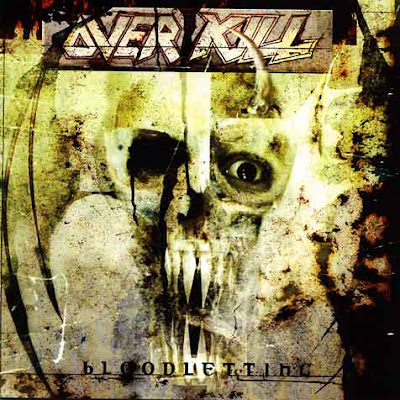 My connection sucks these days and im busy, uploading albums has been a pain in the ass and it discourages me. Still, i don't believe there is any way i would just cut it out (except the you-know-what one, might happen) so here is another album you already have. Got it while i was at an excursion with school somewhere, it cost like 1 or 2 euros, they had some other stuff i wanted too (might come later on).

I feel like Overkill have released too many albums for the fans to study on them all, this one being one of the most overlooked, what the fuck? Im not saying its a masterpiece but it definitely has some really good songs. The production is a bit worn off and it takes points of the heaviness of the album, i wanted to mention that because its one of the few drawbacks here, these dudes have been solid all the way.

Im having those runs of insomnia again so my old friend Morpheus has been toying around everywhere in my room and my head. It is a productive waste of time. Im dazed by the future as every thinking youngster in my country and i doubt anything will leave a sweet taste on the lips when its gone, we'll end up in the shithole. Without Overkill or any albums. Without bacon and beer.