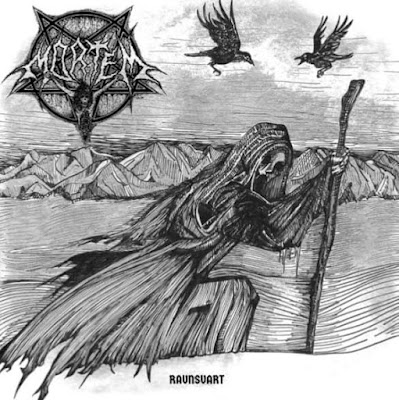 If the name Mortem doesn’t ring a bell to you when thinking about bands from the early Norwegian extreme metal scene, maybe it’s high time you went back to your history books, because this somewhat unknown act was a vital piece of the scene’s growth. Formed in 1987 by Marius Vold and Steinar Johnsen, who you might know as the mastermind behind Arcturus, their first demo “Slow Death” in 1989 featured gnarling death metal, during a time when the Norwegian black metal scene was still in a boiling, amorphous state. Mortem’s demo was produced by Euronymous and its artwork was drawn by Dead, which classifies it as a true and rare gem buried by time, since Mortem never got to release anything else. Until now.

The act has reformed and among many bands that come back to life from the nineties, this was possibly the bigger surprise for me. The stellar line up does involve the Arcturus mainman Steinar, Marius Vold, the bassist of 1349 and Pantheon I, Seidemann, and the legendary Hellhammer himself. If the previous pieces of history and these musicians don’t get you hooked, I don’t know what will. “Ravnsvart” has wisely chosen its aesthetics close to their original material, since they haven’t changed their logo from back then, and also the art of the album seems like it is simply pencil drawn, definitely preferred to a possible digital design for this specific occasion. However, the musical content of the record is absolutely 2019 material, with a clean production and clear but cutting sound, it is well produced and has a healthy dynamic range. Speaking for the sound only, it was one of the most pleasing releases I’ve listened to recently and flows like a charm, showing the massive experience of the members involved.

The Arcturian spirit is strong and present all over “Ravnsvart”, especially in the guitar lines and the background synths, which are constantly coming and going. It maintains harsh vocals, which makes the result come out as the uglier, younger brother of Arcturus, a reasonable situation considering the composer behind its creation. As a whole, Mortem reminds of Arcturus a lot and it should share its fans, yet the first band is just an ounce heavier. The album starts and hits hard with the self-titled, and highlight track, which spews the burning guitar riffs, vocals and synths in full blast, it was still the track I remembered even after the record ended. Middle paced pieces of course exist and rely a lot on the keyboards (e.g. the last two tracks), but the intensity doesn’t wear off completely anywhere (great is the track “Blood Horizon” too).

I can’t say “Ravnsvart” is completely void of fillers, as parts of some tracks felt a bit underwhelming compositionally, and that is more apparent in the middle / ending part of “Mørkets Monolitter”, however these moments are rare, hopefully. In total, this record will feed all the nerds of the Norwegian black metal scene with a great treat, it is enjoyable to listen to and a solid addition to a collection of new releases by beloved Norwegian musicians. Until the new Deathtrip album is out, and in case you need a harder fix than Arcturus, this is for you.
at September 30, 2019 No comments:
Email ThisBlogThis!Share to TwitterShare to FacebookShare to Pinterest
Labels: Black Metal, Mortem 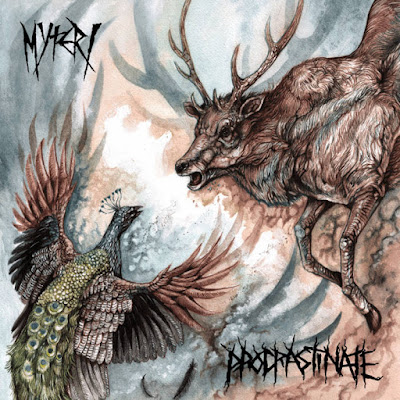 I was aware of this release but didn't realise it's also out on one of my favorite labels, Alerta Antifascista. I got into Procrastinate after seeing them live in a basement once, they only had an EP released then if I remember correctly. Short discography but a really promising crust band, and also their last two releases (this and the self-titled of 2017) have a kick ass artwork. Listening to this split again, both sides are definitely worth it. 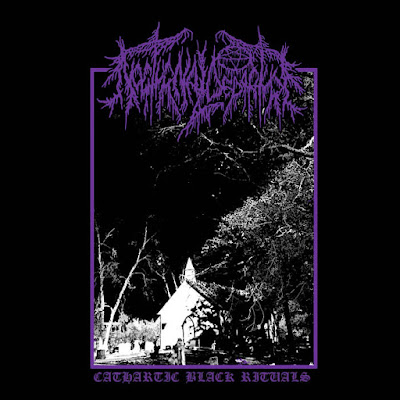 The color purple is gaining ground lately in cover artworks. 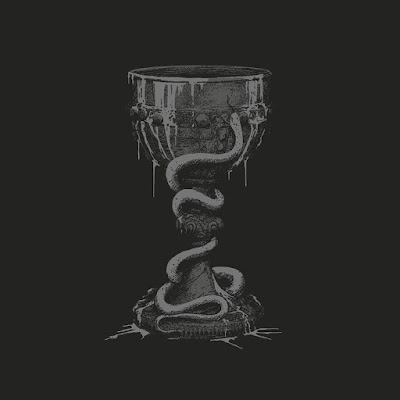 A collection of highly infectious tracks by this Swedish awesome act, that has been around for almost fifteen years now but still lacks a full length album. In the meantime, check this wonderful compilation from a band that has meddled with acts of fine quality in the past and maintains a solid level of music throughout its discography.