I can’t be certain if this is the case, but I have a feeling Nocternity have always stood a bit further away from the rest of the Greek black metal scene, despite having a history of more than twenty years now and material since the late 90’s. Maybe it’s because of the fact that as a band, they don’t follow the standard recipe the country’s driven black metal style (not in music and also, not in the lyrics) that has been established since the second wave, but they drew their influences from other areas in more central and northern Europe, especially the Norwegian scene. The project is comprised mainly by Khal Drogo (who chose this nickname way before Game of Thrones came out on TV), and Merkaal, who has also been involved in Order of the Ebon Hand. I recently went through Yob's 2014 masterpiece Clearing the Path to Ascend, several times on repeat throughout an evening while socializing with friends. In a sense, the balance in this band's body of work is unparalleled, the sound grows all around the speakers and becomes addictive to the extent you'll not notice yourself nodding after some time of listening. And while the elements employed are, to the purest, a well known combination of sludge / doom and post-metal, I can't think of many other artists that can touch the stars with flawless material, through hypnotic atmosphere and overwhelming talent. Yob's break in 2005 until 2009 feels to me -since I have no clue what actually happened to them during these years- as if this musical bull took a break only to empower and build momentum by focusing on a target, lowering its head and scratching the dust below. And that target was the whole underground scene, heck any subgenre around metal that dares to take it slow.
The Great Cessation starts off with with one of the best tracks they have ever written, "Burning the Altar". The quintessence of crushing guitar lines, Mike Scheidt's vocal range is absolutely insane in whatever sound he chooses to make, from the screams to the growls or the cleans, it's structurally interesting and totally, totally heavy. The rest of the record doesn't stray from that path either, by going through tracks like "Silence of Heaven" or "Breathing from the Shallows" you can't help but feel the weight of the world in your shoulders, and there are no human words to describe the majesty of that 20 minute, self-titled track at the end. The 2017 reissue of the album featured a couple of more tracks, from which I particularly liked "Pain Like Sugar" for the hefty melodies, but as a whole each time I listen to this release I feel it has something more to give me. Very few records actually deserve a 10 out of 10, and in the case of Yob, it's even hard to choose which one from their discography would earn it. This is the definition of perfection.
Listen to The Great Cessation:

Abigor - Channeling the Quintessence of Satan 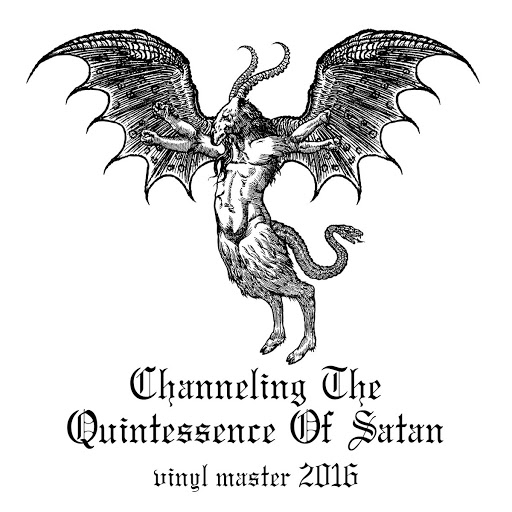 Maybe because of their earlier catalog, I always felt Abigor's Channeling the Quintessence of Satan is a bit overlooked when thinking of their 90's material. While their first albums are undeniably spectacular touching classic status, one shouldn't miss out on the abundant intensity and power that is exerted from this record, with tracks like "Dawn of Human Dust" and "Equilibrium Pass By" being some of my favorite Abigor material ever. Recently, the band released on Bandcamp their 2016 vinyl master version of the album, which features rough recordings of the guitars and drums as they were done in 1998, along with re-recorded vocals and bass from 2010. I can't say which version of the two I prefer but this one offers a definitely less polished sound to the music, without throwing mud at the awesomeness of the compositions and made me listen to this fine release once again, as if it was a new experience. The guitar lines are amazing and often complex, Abigor at moments use samples to amplify the atmosphere, the energy in Channeling... is really unique.
Listen to Channeling the Quintessence of Satan:
at June 10, 2020 No comments:
Email ThisBlogThis!Share to TwitterShare to FacebookShare to Pinterest
Labels: Abigor, Black Metal 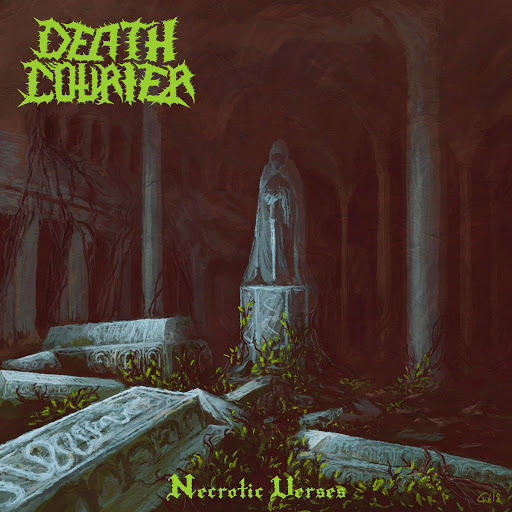 The mere fact that Death Courier is active in 2020, makes an analogy case to a dinosaur coming back to life in the middle of a history museum. What may be the oldest extreme metal band from Greece, and arguably claiming the first death metal record from the country, is definitely part of the genre's history and the activity we're seeing since the last decades is by no means an irrelevant comeback. The name and logo have been kept intact, the music has been rejuvenated through the lens of modern production but the material itself serves as a reminder of how death metal sounded, when it had the simplest and most crushing form. The essence is in the thunderous riffs, the pummeling drums go along, songs in short structures and sparse solos around the place, with hardly any underwhelming moment except maybe the interlude in the middle of the record. Necrotic Verses is better than Perimortem. It's not Death Courier's extravagant playing that will win you, but the pure death metal bliss and character, coming directly from a veteran. And after all this time, a well designed artwork comes along too.