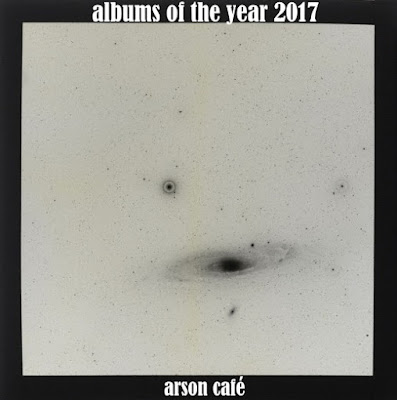 This blog is now five years old, plus a couple of months.

I initially had a very long written as a prologue for this year’s list, but I deleted it because of the following sane realization: “there are more random shit in this post than talking about albums”. Then again, I like that a lot because justifying a personal list is really none of anyone else’s business and a bit needless, because of them being distillations of one specific person’s taste in music. Frankly, a sincere description of the albums in an end-year list should be:

The rest we write is pretentious bullshit. But really, thank you for reading!

I switched laptops in August and lost most of the files I had up until that point, so I did a hell of a work to try to recollect all the releases, making the process a bit more of a pain in the ass than usual. I don’t know the exact number of albums I listened this year, around 400 would be a good estimate, again only counting full lengths as usual. I didn’t catch up with many releases too, The White Death by Fleurety being a grand example, which will come back and hit me in the face in the future, probably. I moved at the same number of EPs (see list posted in previous days below) and almost no demos, because it’s too much to go through and I prefer dealing with a complete work by an artist. Or even an album treated as a complete work, but in demo / EP format (it happens, you know them, I know them too).

See more posts (posted the previous days) related to additional lists for 2017 by following the links below and enjoy.

For this new collection, I can recognize bands I have included before the last ~10 years so it seems I don’t have that broad taste after all, picking the same stuff again and again. I was very into making a list of the disappointments too, but since a long time ago I try not to do that. Still, some of the popular records I found quite overrated this year, ones that will appear in many lists around, are: Caustic, Nightmare Logic, Mareridt, Mirror Reaper, Gods of Violence, Profane Nexus… What’s the big deal, people? There is no big deal whatsoever. Further than that, records by Suffocation, Forgotten Tomb and Memoriam were disastrous, but they didn’t even come close to the crapfest that was the new Suicide Silence. For some cases, there are just no lines of defense, sorry!

From the whole year, I extracted 75 albums that I found notable, interesting, remarkable, beautiful. You can quick check the pool of these albums right away. 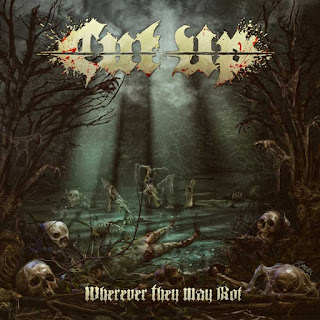 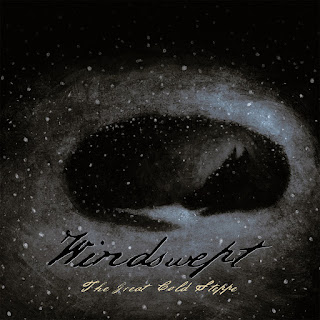 From the 25th place and on, I have records closer to the heart and generally more memorable. 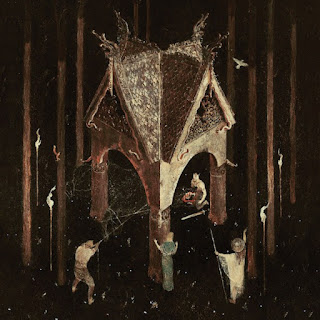 Wolves in the Throne Room are back on track with a superb record, as well as Nokturnal Mortum for that manner. I was finally beaten by Dodecahedron, who didn’t win me over with their debut five years ago, whereas great debuts by Catacombes, Ensnared, Krolok, Sunken and Orm (members of deathcore band By the Patient release a kick ass and forward-thinking album) made some of my days. I’ve been listening to Kong Vinter a lot and I bought it as well, to by the band is just unique, plus Aosoth didn’t disappoint me with their saturated fashion at all. I’m glad that in this gray area of great albums, I can see lots of new bands. 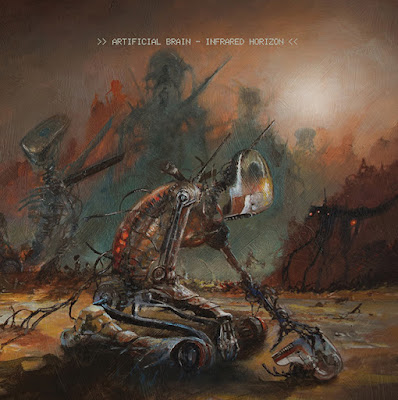 [words and tones and inflections, lost forever, effortless]
I have seen complaints about the flat vocals around, but it’s a fading issue in front of the inconceivably good variety of compositions in this album, its flow and immense strength, as well as how Artificial Brain have grown and expanded their melodic repertoire. Infrared Horizon is a truly dominant death metal record by a stupendous band that should give the shivers to all the fans of the genre. Every time I listen to this, it’s a new experience. [tyranny returns]
The looks, names, titles and all that, is what non-black metallers sometimes make fun of when it comes to it. I was eager to avoid them many years back when I first found them, for that specific reason, thinking like it’s one more among thousands. However, their music is head-and-shoulders above most of  similar records and Elegies of the Stellar Wind contains certified, 100% pure, perfectly written black metal. 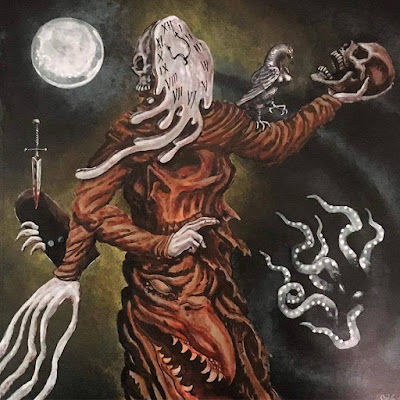 [of wrath and forbidden wisdom]
I never thought a Chaos Moon record would reach this high in my list, but I was stunned by the atmospheric and compositional power of Eschaton Mémoire, which is, more or less, great. The album grew on me by time and it’s true at first I didn’t consider it that much, but now I’m not regretting anything. 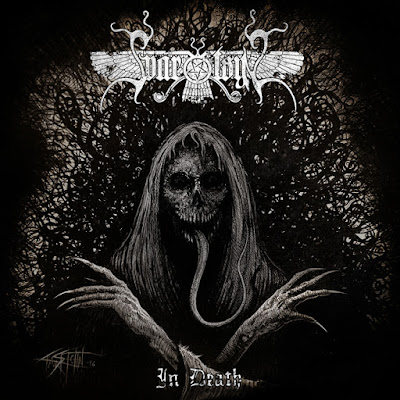 [my eyes bleed of pride and hunger]
In Death is my favorite, and most concrete record by Svartsyn. His style is unique and hypnotic, there is an unconventional approach to the tracks mixed with the plain concept of death, as well as the nightmarish production and vocal sound, had me stuck to the album from the first listen until now. This is amazing.

6. Full of Hell (US) – Trumpeting Ecstasy 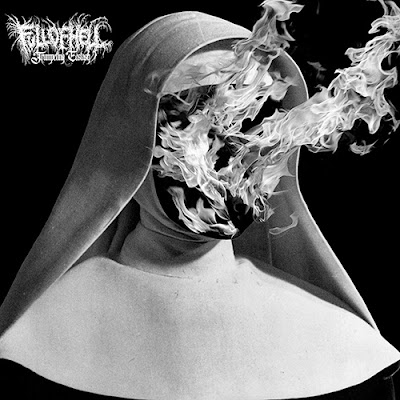 [time pretense shatters harmony]
A flawless, constantly bombarding record with an excellent mix of grindcore / death metal / powerviolence and noise. And for that kind, I haven’t listened to many records with such a good flow, only being twenty-three minutes long, kudos. 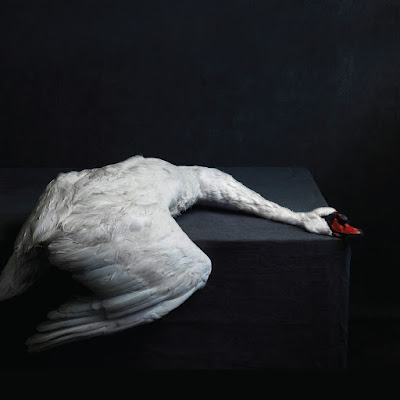 [to all that ever mattered]
Amenra have grown to have a devoted fanbase, as well as a school of thought for sludge in their years, but I can’t say I ever was their biggest fan. Still, I spent a significant part of the year listening to Mass VI, for it’s such a moving, emotionally charged, painful and in overall, magnificent album that deserves every bit of your attention. I’m sure people into them already knew though, so I’m kind of late to the “party”.

4. Wode (UK) – Servants of the Countercosmos 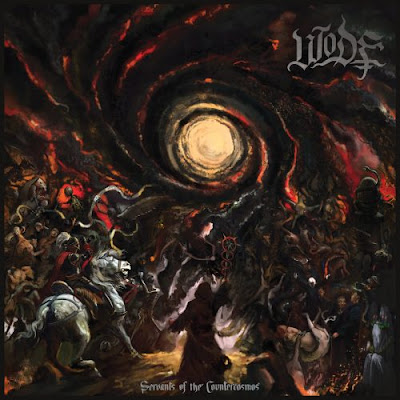 [the vessel is concealed]
Could this be the best black metal album of the year? I hardly think so. However, it’s only thirty minutes long and not even one second of the music is irrelevant, not one filler moment, I can replay all the tracks in my head one by one, and frankly, some of the riffs are incredible. I owe it to Wode because I missed their previous release completely. 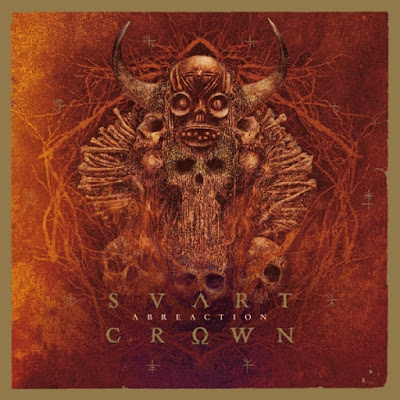 I see myself as a Svart Crown fanboy but it’s not for nothing. I mean come one, how often do you listen to such well crafted and personally delivering death metal? Most of the ideas of the band are unique and amazing, I don’t see why people aren’t all on them yet. I think I like specific track off 2013’s Profane more, but this, as a whole, along with it’s concept, and the position of each track, is a true monster with lots of ups and downs in it’s brutal experience. 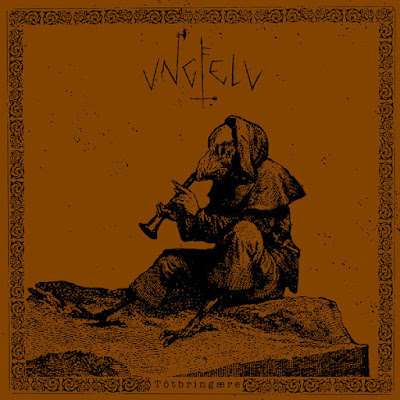 For the sake of argument, I was tempted to put this in the first place for 2017. I was so excited by seeing the cover and then listening to the music, which surpassed my expectations a lot I would say. Comparisons to Peste Noire are inevitable, but Ungfell’s folkish, raw black metal has enough goods to give you in every track, from the interludes to the ending, as if you can never know what will come next. Harsh production, lo-fi aesthetic, top-notch shit, it’s very entertaining and peculiar in its own way, almost a romantic way. Check their previous demo / split too, it’s not a common phenomenon but this band has done no wrong so far, and sealed its spot in the headlights of this year. 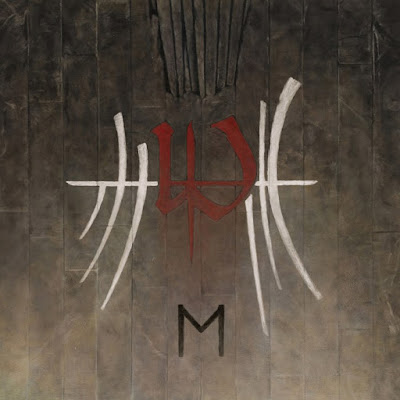 [hunting prey-flesh while dreaming]
“Sacred Horse” is the best metal track I listened to this year. Enslaved showcase how an artist can masterfully knit together elements and styles which are long established, by their own touch and their own sound. To all the shitty bands of today, thinking that all it takes to relive the 70’s by adding a psych keyboardist and playing ten-minute instrumentals, all I can say is, stop shitting on the grave of that period and leave it to the truly intelligent acts. All of the tracks in E are excellent and depict some of the best music of the year, Enslaved aren’t repeating themselves, the addition of a new member is the best thing that happened to the band the recent times. I can only imagine what’s next. A record for all of the metal audience and not only. I salute one of the few Norwegian bands of the second wave, who are still standing today, and I thank them for this piece of art.

Even if there’s troubles all year long, I know I will surely be happy for one day, and that day is the day I post this list. Works every year, you should try it yourselves. That’s all folks. You are the best. 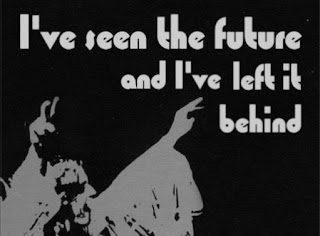 at December 25, 2017
Email ThisBlogThis!Share to TwitterShare to FacebookShare to Pinterest
Labels: ΑΟΤΥ