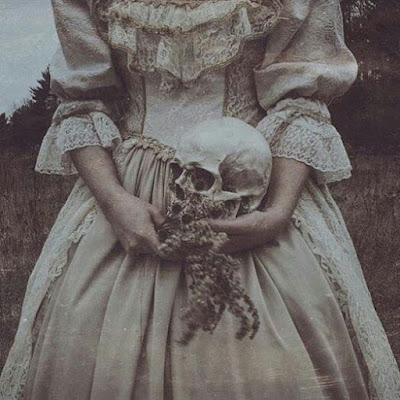 Alice in Chains - Rainier Fog [2.5/10]
I don't think they are relevant anymore. Other than a couple of tracks ("So Far Under" is nice!) I couldn't listen to it. It will not sound bad for new listeners of modern alternative rock. I'm just not into their latest material at all.

Aether - Ego Vitium Sum [7.5/10]
It has power and deep atmosphere, I would prefer slightly different vocals than those howling ones but it didn't really bother me after all. Nice.

Coffinrot - Retribution Divine [3/10]
Too much blast beating and predictable riffs, the singer's scream try but it ain't really going anywhere.

Convulsing - Grievous [6.5/10]
While the compositions and the atmosphere are quite good, I would have preffered some faster moments at times.

Lampir - The Alchemy of Cursed Blood [5/10]
Extremely distant and cold, with nice ideas, even though it got a bit repetitive to me.

Manes - Slow Motion Death Sequence [4/10]
I always find a couple of moments to hung on to, in their new releases. I didn't find one this time. Manes are moving towards sounds I can't deal with that much.

Pious Levus - Beast of the Foulest Depths [1/10]
Shit vocals, no original content, fake production. What is this?

Rabbit Junk – Modified Mortality [6/10]
I don't know what that is, but it was fun listening to it, even though I ain't gonna touch it again.

Siege Column - Inferno Deathpassion [4.5/10]
An album with a good attitude that loses many points from its sound. There is space for improvement in the drums and guitar lines as well, but I really like the cover! Reminds me of old RPG games, sweet.

Sociasylum - Crossroads [6.5/10]
Sweet cover and good production of this powerviolence / grindcore act, they have some hardcore breakdowns and most of the songs are heavy enough.

The Red Coil - Himalayan Demons [2/10]
They need more time to clear their production, personalize their ideas and get a fuller and heavier sound.
at August 28, 2018
Email ThisBlogThis!Share to TwitterShare to FacebookShare to Pinterest
Labels: Bullet Ratings