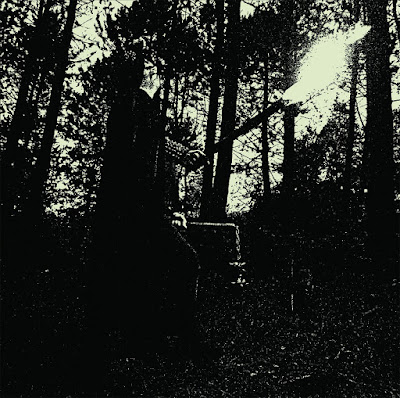 There has been an uprising of raw black metal the last decade, and while the genre has some of its body parts into the mainstream, there are still dark corners where small closed groups maintain a cathartic approach to their music, constituting to what actually is the underground.

This branch usually has a very simplistic, second wave black metal variety, often fusing punk elements and a rather dirty production that can easily go too far. The bands that don't play raw black / punk, often have dark ambient or dungeon synth elements, and lately I've come across zero fame demos from newcomer unknown bands that tread into noise as well.

There are a bunch of such artists from the United States, but some activity can be found in Denmark / Holland too. From the Netherlands come Blood Tyrant, a wonderful example an anti-popular and kick ass band that focuses around a concept and a mystery.

Aristocracy of Twilight is the only full length of this duet, but they have a few more releases that are all notable. This album is truly beautiful, and the way they present their thematics of blood and vampires, worships in an almost romantic way, the stripped down and as honest as can be side of black metal. 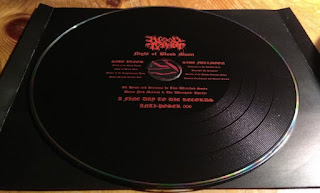 If you get your fix of black metal from well known labels, then it's possible an album like that will sound bad, but the ideas in it are amazing and its atmosphere dreamy. The instrumental parts, interludes and intro / outro, are exactly the kind of minimal dungeon synth / dark ambient that would fit is such a pure album.

It was a thrill to listen to excellent black metal tracks like "Engulfed by Purifying Flames" or "Barbaric Wampyrism".

Recently, I received a package I ordered which had the debut demo of the band from 2016, Night of Blood Moon. Aesthetically speaking, it is 100% what I ask for in a black metal album that doesn't aim to impress the whole of the musical world (there is nothing wrong with that anyway).

It is hand numbered, based on black and red and the best thing is how the CD is made to look like a vinyl record, with the characteristic circle lines on it, SIDE A and SIDE B notes, and of course, a lot of old English.

Other than that, their most recent release is a split with Departure Chandelier, another band of the same material by members of Akitsa & Ash Pool. Their debut coming out this month has kept me waiting eagerly.

You should check out Blood Tyrant, especially their first demo and full length. It proves the big gap that exists between the two borders of black metal, emphasizing how wide the style is after all.

Listen to Night of Blood Moon
Listen to Aristocracy of Twilight 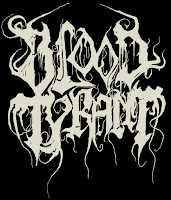