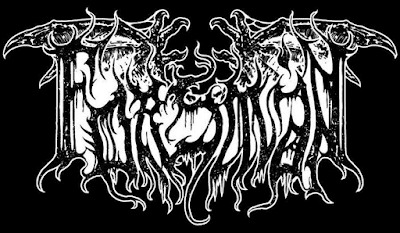 New blood in an all growing Icelandic black metal scene, Forsmán's debut EP release has been under work for some time and is now right around the corner. A short talk was done to get some insight on the band, who will surely draw major attention in the future, just before it opens its wings.

Welcome, feel free to share a short bio of Forsmán to introduce yourselves.

Hello. FORSMÁN is a black metal band formed in Kópavogur, Iceland in early 2019.

What is the meaning behind your band’s name?

How is the composing process going for your first release? Are there any information you can say right now?

We have finished recording our debut EP, which will hopefully be out later this year or early 2021. Stephen Lockhart of Studio Emissary took care of recording, mixing and mastering.

You have participated in some concerts with other Icelandic bands so far. How are the relationships among young and older black metal bands within the country?

Nothing but support from the other bands in the scene. We are all good buddies and get along quite well.

How would you describe the music of the group to someone who has not listened to Icelandic black metal before? 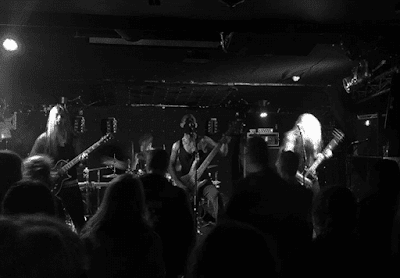 What would be some bands that directly influenced Forsmán? Do you have any non-musical influences too?

We don’t really like to go into that, as we feel the work should speak for itself.

As it is sometimes a common practice, are the members from Forsmán included in other projects as well?

Yes most of us are in other projects of varying genres.

Are there any bands you are collaborating at the moment, or ones who have helped you so far?

No collaborations at the moment.

What is the conceptual core in the lyrical subjects and themes of your tracks?

How has the corona pandemic affected you in Iceland, in your lives and as a band, apart from live shows getting canceled? How did you get through it there and how serious was it?

It hasn’t been too bad, compared to the rest of the world at least. Iceland has quite a small population so social distancing has been fairly easy to maintain. We have mainly been using the time to finish the EP and writing new material.

Do you have any plans for the band in the next couple of years, assuming the global plague gets settled at some point?

Release the EP and start work on our debut full length. Then hopefully book some tours. Only time will tell.

Thank you for your time, the last words are yours.