The more sharp-eyed followers of this blog should have noticed that, even if I punctually post top lists with only Greek releases every year, I am not the biggest fan of Greek black metal. As I went more into bands from the North, I tend to enjoy heavy experimentation and more tremolo than warmer, heavy metal-inspired patterns found in our scene, its history and importance is absolutely undeniable and has me observing new bands and albums constantly. There has been an evident rise in material the last few years, but the Greek bands have been around from the very beginning (and possibly even marked the beginning, even though mainstream attention was geographically elsewhere when the explosion happened) and the country’s endless, rich heritage serves as fuel for many inspired musicians around.

I will be going through the last decade’s black metal full lengths only (excluding demos, extended plays, splits and the rest), at least as many as I have found or listened throughout the years, possibly discovering things I have missed, in the process. According to the archives, I’ve seen about 25 – 50 albums per year and I have already heard a lot of them when they were released. I’m consciously going to skip albums from bands that are too inclined to pseudo-intellectual bullshit, but apart from that there’s a lot of exciting gems and frustrating failures to talk about out there and I’ll go through as many as possible. Needless to say for one more time, all this is just one guy’s opinion, you know? 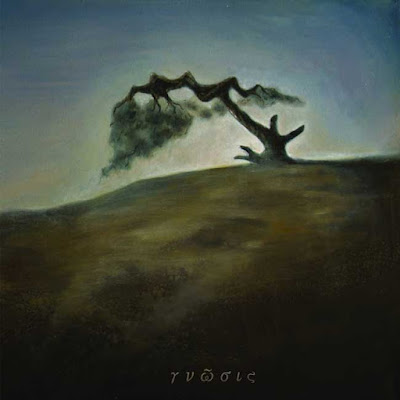 I consider this as one of the most unique releases of its time from the country, standing a bit further away from the rest of the scene. Unlike edgy black & white painted Norway worshippers, Tribe of Neptune comes with a painting as a cover (hails to Kain White), four compositions of well crafted atmospheric / ambient black metal, a wonderful production and above all, original music. Γνῶσις is a thrilling album, which features parts of superb atmosphere, along with heavier moments of thunderous guitar lines (reminding of a clearer version of Darkspace) and a perfect understanding of album flow. The lyrics are leaps and bounds ahead of your standard Greek black metal band, touching much more interesting subjects and quite more deeply. The tunes are also more intriguing, as Tribe of Neptune stands out across all sections with this remarkable work. I always mention this lesser-discussed record when I get the chance, and it deserves your whole attention.

P.S. huge respect for the man behind the hardworking label that Γνῶσις was released on, Razorbleed Productions. 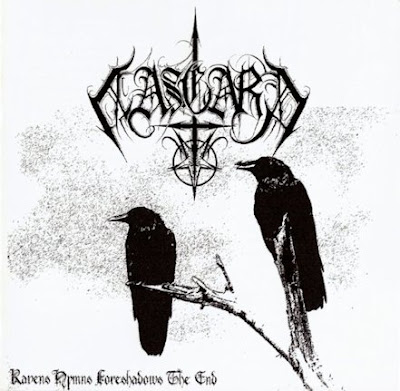 The first effort of Aasgard after a rather straightforward EP in 2008, will not catch anyone off guard. Entry level black metal 101, checking all the boxes of semi-epic tracks, shrieked vocals, semi-noisy production, patterns very similar to ones brewing in Northern Europe, and fairly hateful, anti-religious lyrics that reek of blasphemy. While that has its own fun, I would have liked to listen to some more competence when it comes to the guitar lines, which are all, just average. Apart from some specific moments that stand out for me, it's difficult to keep Ravens Hymns... in memory after the listen is over. [2.5/5] 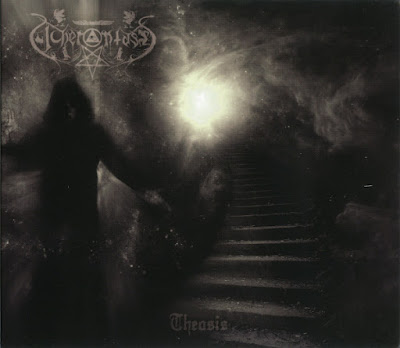 When the change from Stutthof to Acherontas happened, things improved a lot musically. Even from the debut Ta Tvam Asi in 2007, Acherontas appeared more focused than his previous works (even though he was already no newcomer to the scene) and at the time, Theosis was in my opinion, his best work. The turn towards a heavily more occult lyrical theme and overall presence, was already coming together in these years, and of course later Acherontas embraced this even more. Apart from that, in Theosis there are, at times, some clear influences of known Scandinavian bands like Emperor or mid-00’s Setherial, but not only. Theosis is its own entity and a very enjoyable record, it pulls me back in more often that I would thought, and even more than their later works. [3.5/5] (Recommended!)

Black Trinity - In This Black Thrashing Night of Infernal Hell 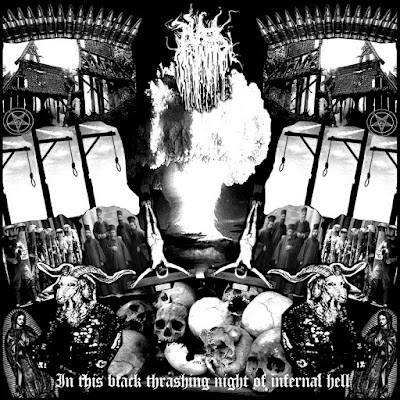 I became aware of this band with their 2018 self-titled album, which was a listenable release. Their debut looks hardly original at first glance, from the artwork (a collage of all overused black metal topics), the cliché title and the aesthetics. The music is no different but Black Trinity actually serve the sound well, they mostly try to play as aggressively as they can and the songs are enjoyable, even though they lack personality. It’s like hearing a raw Norwegian black metal band, from start to finish. I somehow liked this record, but the band was very far from having their own sound. [2.5/5] 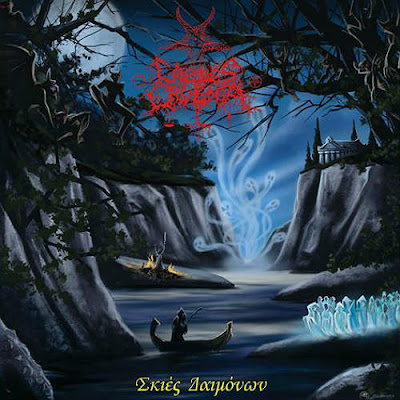 It was a wise decision to re-release this album with different artwork, a black and white one and an even newer which is a fully colored, beautiful cover, because the original one I’ve seen for it was almost laughable. Apart from that, Caedes Cruenta’s debut is one of the examples of solid Greek black metal, with a constant middle paced tempo (rarely faster), nice melodies and fitting shrieked vocals. While they got better with the years, Σκιές Δαιμόνων is a nice entry to the band and this style. Not unconventional, but at least substantial. [3/5]

Gospel of Grief – Our Symbol Is Death 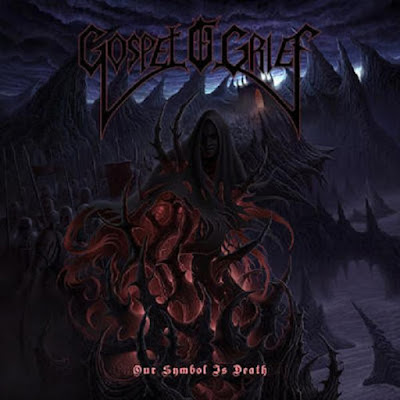 I happened to see Gospel of Grief live once in Rethymnon, Crete, back in the days of their debut release, and I was impressed. The band was full of energy on stage and the top-notch delivery of their frontman reminded me of Taake’s Hoest, which made their set an unforgettable experience. Our Symbol Is Death is a professionally made record with amazing material, full of great tracks that infuse a lot of melody, heaviness, intensity and a distinct Greek black metal mark. Apparently, the band is back together so I can’t wait for more, if anything is in the works. [3.5/5] (Recommended!)

Kvele – Dawn of the Impaler 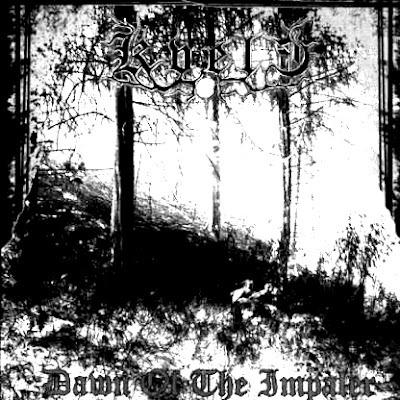 First of all, I don’t think 23 minutes is enough for an album to be considered a full length in black metal, but since it’s listed like that let’s include it. Didn’t listen to anything crazy in Dawn of the Impaler, same stuff different day for musician Ungod again, yet I appreciated the faster riffing that went on at times (for example in “Forge  My Hatred” or “Impaler”). I can’t get that much into it but a few tunes were not too boring, you know, yet another album. [2.5/5] 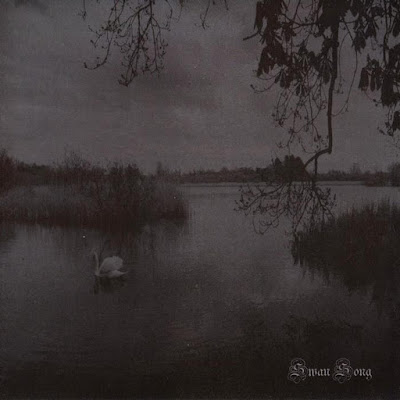 Swan Song is actually the second full length Lykauges released in 2010, the debut Under the Veil of Depression, was released a while earlier the same year. For me, this one felt a bit more rushed, it’s longer (one hour and fifteen minutes long) and sadly has several inconsistencies in its material, with only a few decent moments in between all these tracks. It’s not fully DSBM from start to finish (including some older material, I think) but it can’t maintain itself as well as the project’s debut. [2/5]

Lykauges – Under the Veil of Depression 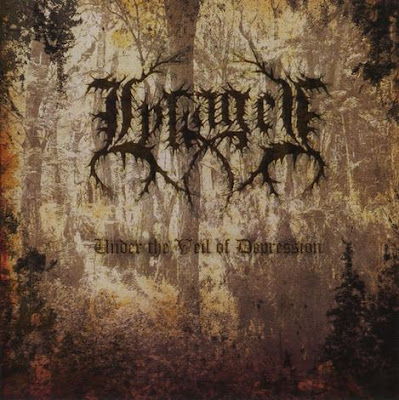 I’m not sure what happened and this name disappeared a while after releasing these two records , but at least Under the Veil of Depression is a decent DSBM record. It’s not overly long (unlike their second work), the tracks maintain a nice atmosphere and the only problem for me were the one-dimensional vocals. If these were a little bit deeper, we would be talking about a really fine album of this kind. Still, Under the Veil of Depression is worth your time if you like that stuff. [3/5] 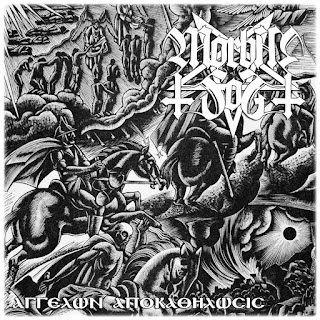 This album feels very DIY. Capricorni Saturnia (his earthly name is Kostas), who had the name Commander Ov Thirty Demonic Legions in this release, seems to be involved with several other acts and has a couple of other personal projects too. As far as Morbid Fog’s first effort, it could be better in many respects. The guitar sound is a bit plastic, the middle-paced tracks grow repetitive and dull after a while, and there is nothing special with the vocals or the musical ideas here. I can tell that it’s made from the heart, but I think things slightly improved later in the years for Morbid Fog and the rest, even though it never took off. [2/5] 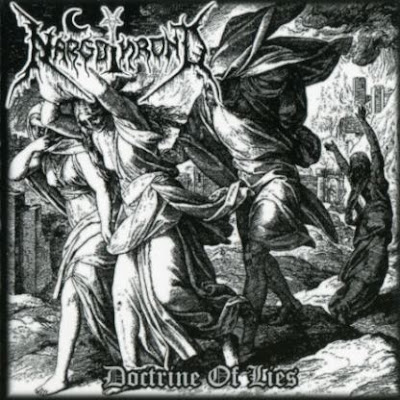 Doctrine of Lies is the follow-up of Nargothrond’s 2007 debut Following the Frostpaths of the Hyperborean Landscapes, a fully typical black metal project with hardly any differentiation from what you have heard from the Scandinavian black metal scene. Its anti-religious character, fully Old English font texts, black and white art and standard sound sadly makes it the same as everything else, except a little bit worse. It’s not an annoying, skippable release, but I remember nothing even after several listens. As it was with their debut, Doctrine of Lies doesn’t do much more than just being yet another underground black metal record. [2/5] 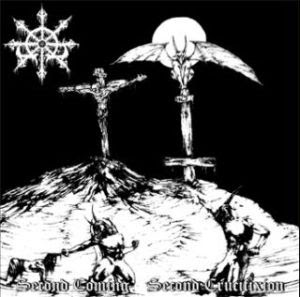 The Bandcamp description of this record is: old-school black metal from Greece, for fans of Hellhammer, Venom and Celtic Frost. Omega is 100% about that, nothing more and nothing else, a worship to black metal’s first wave or in other words, a fine black / thrash band with a fairly entertaining debut. One of their songs is named “evil rock’n’roll”. I don’t think I can describe this better. [3/5] 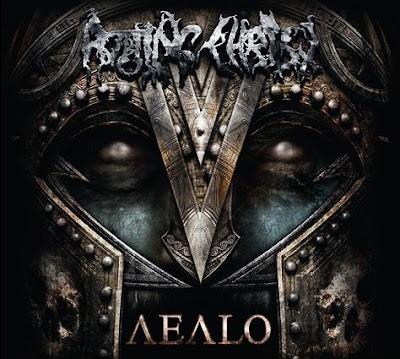 Once upon a time, Watain’s integrity was questioned for their album Lawless Darkness, when they won a Swedish Grammy for it. Such a fact can piss off a lot of people in the black metal scene on its own, and it’s an even more general matter of discussion. However, how many of you can say that you had Fields of the Nephilim’s McCoy as a guest musician for your band? No one. Rotting Christ might not get the same negative heat but I would say the same about a guest appearance of Diamanda Galás. Aealo is a great album, from a hard working and consistent band, I prefer it to several other albums in their discography, it has a lot of memorable tracks ("Δαίμονων Βρώσις", "Noctis Era", "Fire, Death and Fear"), a nice Alan Nemtheanga feature in "Thou Art Lord" and an monumental album introduction. [3.5/5] (Recommended!) 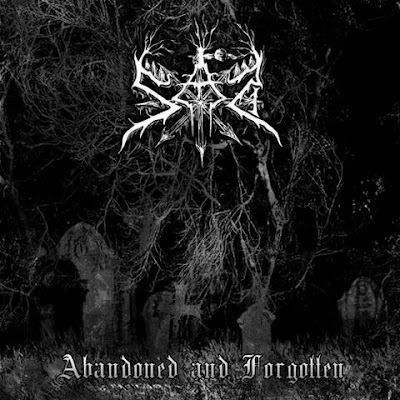 It’s unbelievable in how many projects Ungod was involved in, several of them having released an album in 2010 alone. What Rogga is in Sweden’s death metal, is Ungod for Greek black metal, and it’s inevitable that from this amount of material, not all will be successful. Abandoned and Forgotten has nothing special as an album, except average black metal with a big surprise: a cover of Radiohead’s “Street Spirit”. Didn’t expect that, and the cover is actually great, but the rest is not that memorable. Still not as bad as other records of this year. [3/5] 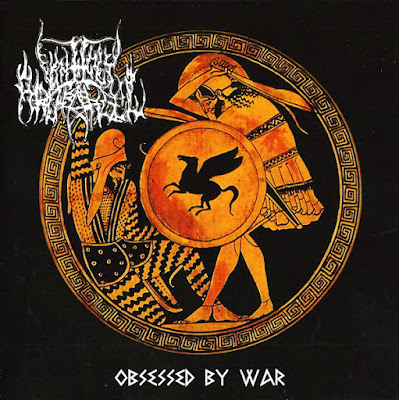 Overly distinct ancient Greek influences throughout this band’s whole discography, and their debut Obsessed By War is no different, from the artwork to the titles and everything else. Unholy Archangel had been around a lot before this first full length, with several mini-releases the decade before, which built the hype for a complete album even more. Unfortunately, Obsessed By War is butchered by its noisy production that makes everything unfathomable, all you hear is war metal growls and a guitar cacophony. If you find the drums just a bit more technical than what you’re used to, it’s because they are played by Alex K. of In Utero Cannibalism, an awesome brutal death metal band. But sadly it’s not enough. The tracks and the sound of Obsessed By War, really ruin it. [1.5/5]