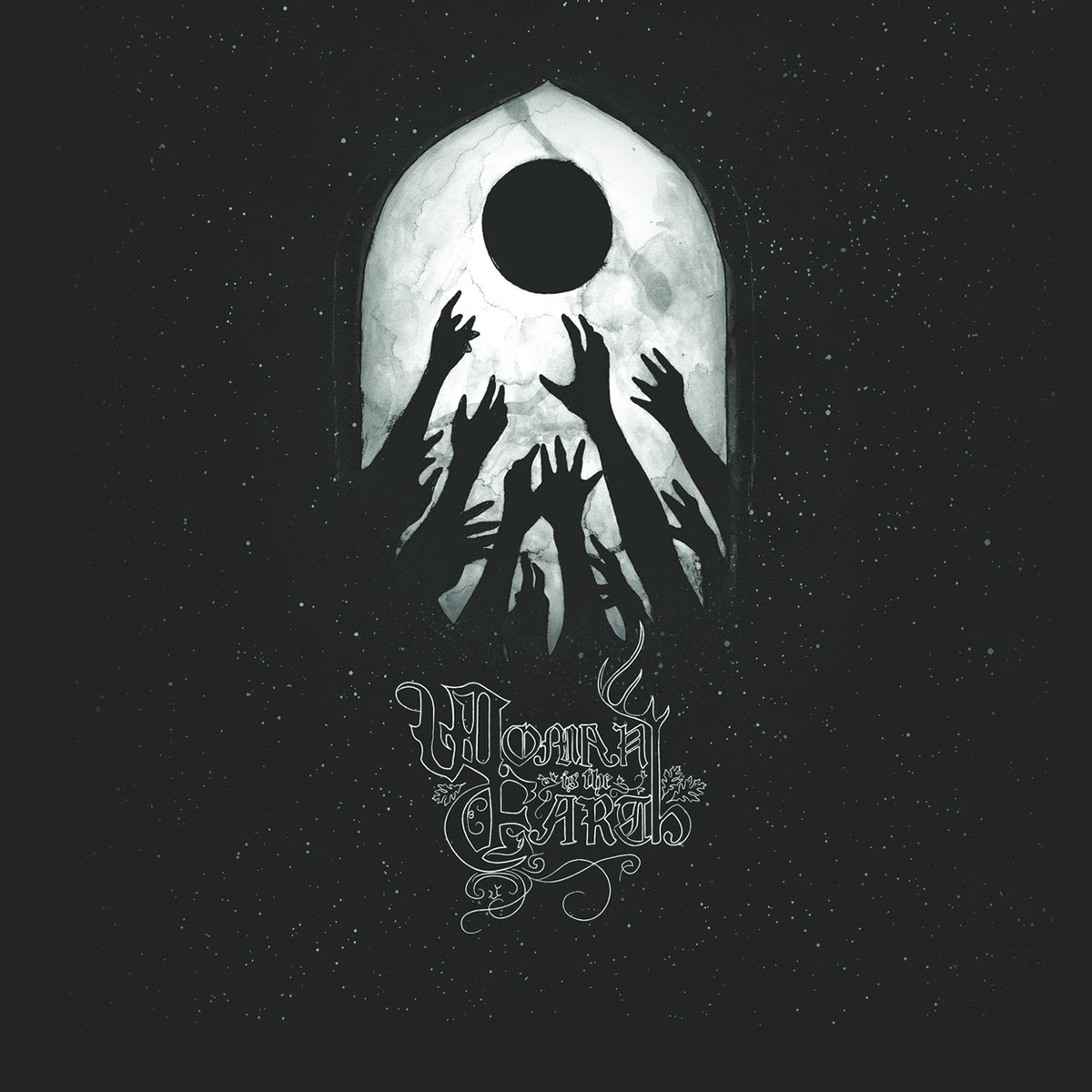 Supporting the all growing US / Canadian scene of atmospheric black metal, Woman Is The Earth offer their third full length album to date as a follow up to 2012's This Place That Contains My Spirit. As the genre has a certain bit of twisted, natural romance, this album also contains a dark and enigmatic cover behind a thought provoking band name, fitting perfectly to it's territory. At first, I was surprised that this is a full length release, as it only lasts twenty four minutes, which is rather short and strange for such records.

For those into the atmospheric black metal sound, Woman Is The Earth sound exactly like what you expect them to, almost identical to older, influential bands. They don't hesitate to get on into the main body of the record with "Crown & Bone / Dreamer", which is interesting but simplistic and limited. It has an average effect to the listener, coming from it's deep atmosphere and repetitive guitar riffs, covering the whole compositional palette with their and murky sound. The drums are decent, if not a little loud and there are typica whispering screams above everything, maintaining one every day atmospheric black metal record.

There are clean acoustic parts scattered in between the tracks, as well as in the second "Lifted" which is sort of an instrumental built on melodic riffs and distortion-less lines. I wouldn't mind an interlude in the record if there was more music in general, as in that case it is placed between the only two songs of the album, which would be perfect for and EP but not a full album. Apart from that, I would say it's also musically indifferent, having few interesting points as it is.

The last track "Child of Sky" undergoes the same pattern, only including a clean voice chanting introduction, also clocking up to nine minutes. The musicianship of the record is somehow limited to the basics but legit in composing, still I would prefer to listen to more from this in quantity instead of quality. Depths has an accurate structure, bonding each of the tracks together for the changes to sound more natural, as well as making them flow more easily. A pale synth can be listened behind the rest of the instrumentation in the whole album, as if it is it's background basis, helping a lot to the atmosphere.

Depths is not the worst atmospheric black metal album I have ever heard, yet I don't think it has any new elements to give out, at least to people already into bands like Wolves in the Throne Room and Xasthur. Moreover, it's not really a full length as it states, as it only has material for an EP, despite the fact that the previous releases of the band were significantly longer, as they should. I enjoyed the first and last track because I like this genre, but I don't think this is anything glorious after all.