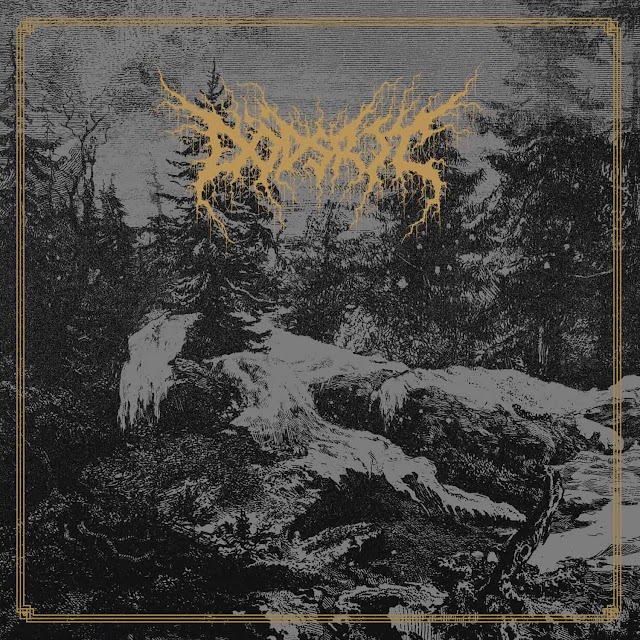 It is not very often that you see crust bands have overly long compositions. On the contrary, hardcore crust albums often have a purposefully noisy sound and many, short and hard hitting tracks. Of course, it’s not always the case, especially when it comes to Dödsrit, an already established band who made its name through their valiant ideological stances and high level musicianship. With their first two records in 2017 and 2018, they put forth a menacing blend of crust and black metal, which is combination  often exercised by underground acts but rarely with such efficiency. After a break of three years, the world is introduced Dödsrit’s next tour de force, Mortal Coil, a worthy successor of their previous work Spirit Crusher.

This band’s releases have common traits in terms of structure, and this new record goes along the same pattern not only in the number of tracks but also in the length as it was done in the previous one. Four pieces full of vibrant, melodic black metal, something that is now more defined with a personal touch as a driving factor. The crust elements are always present, with parts of classic d-beat and punkish guitar lines coming and going, yet Dödsrit now devote significant chunks of their compositions to employing melodic sequences that could be found in melodic or even atmospheric / post-black metal. The production in Mortal Coil is knowingly clear, and what stands out in the music is the abundance of wonderful ideas and how they are puzzled together into coherent tunes. The vocals vary from high pitched screaming to shouting and the overall atmosphere of the album is emotionally burdened and ecstatic, it would not be labeled as dark but instead, lively, angry and straightforward. Once again, I was amazed by the beautiful written lyrics in Mortal Coil, which -as the title would suggest- describe a nature of gloom and frailty in human life from a personal perspective.

Different aspects of the album work very well together and create a result that was for me, more memorable than the band’s previous works. There’s several moments that Dödsrit truly hit gold, be it the frivolous solos at various parts (for example in the self-titled track, which also has a pretty powerful opening), the aching vocals or the build-up sessions. Each song is musically rich and a complete journey on its own, full of epicness and intensity. Starting from “The Third Door”, a wicked eleven minute piece that contains fast paced lines, a lot of melody, distinct crust passages, the listener is filled with satisfaction and enjoyment after it’s concluded, and that’s only the beginning. Dödsrit are great at building climactic moments in their material and Mortal Coil is a fine example of that as well, where the content is balanced and well written through and through. And while it isn’t constantly crust, it’s not that close to the traditional way of black metal, which puts the band in its own spot within this large Venn diagram, by having having an overall character that doesn’t totally reminisce bands of the same genre even. Take a track like “Shallow Graves”, which makes it hard to miss just how marvelous all the guitar lines are, a truly shining melodic black / crust course.

Previous records were enjoyable for me but I never stuck around too long with Dödsrit. I found myself digging Mortal Coil a lot more than I expected, as it is unmistakable how well it provokes and delivers the atmosphere and the feelings, from the sincere musicians to the listener / receiver. It is a great record  which could appeal to more ears out there than just the extreme metal scene, and it comes from a band that has its head straight not only musically but also outside that. In case they were working on this for the last three years, the efforts were totally fruitful and they have been elevated to my eyes through this notable work of art. 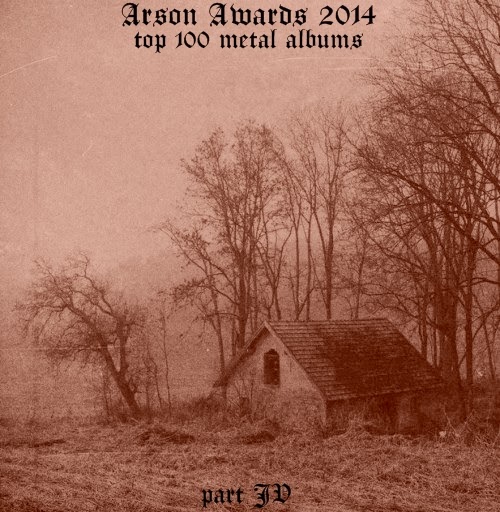