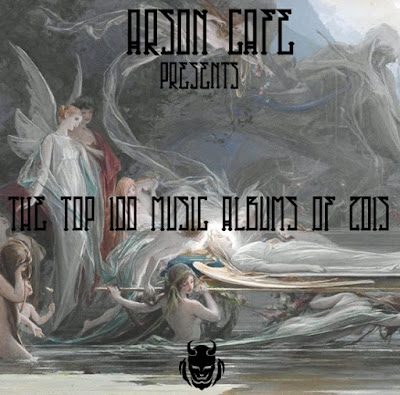 The final and most important post of the year, the one post I've been thinking about ever since the beginning, and mainly the reason I keep the blog alive. It's whether you have the high fidelity syndrome or you don't, so I hope the people who will spend time on it are the ones who approve of the process of personal documentation at the end of every year. It's not fun. We don't enjoy it. It enjoys us, and we do it because we have to.


2015 will leave a bitter taste and a desire for better days to come, I went through some health issues with apathy since I don't care about the damage that much, I moved out and I spent more nights than usual drinking with friends. The second part of the year was pretty much a dead period of no productivity but I'm slowly getting back on track with the listening sessions, my responsibilities and the world in general. Close friends, excuse my absence.

As for the music, I listened to significantly less new releases for my standards, or at least that's how I feel now that we're drawing to an end, therefore I'm thinking of keeping track of the exact number of albums I fully listen to in 2016. I'm also thinking of rating them every time I listen to them, so I know how many times I got back to the specific record and what impact it had each time. It sounds neat and I hope I will make it happen.

All of the above has nothing to do with this list though! I spent time listening to certain bands a lot and there was more than enough good black metal this year, which is really great. I think I probably overheard the American “popular”, correctly marketed bands and I spent less time digging underground quality material. I also stubbornly avoided most of power / heavy metal, maybe I missed good albums there.


I present you the 100 albums I picked out of everything else. If you want the best albums of the year, go to RYM. If you wanna know about my favorites, keep going!

Check out the rest of (smaller) lists I made this year:

I also suggest you take a look at the selections of brother blog Industries of Inferno, very much to-the-point. 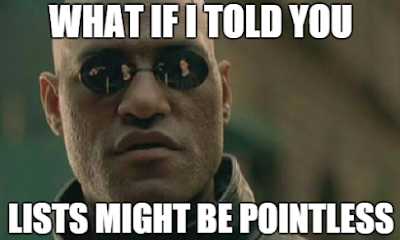 Long list you most likely will ignore... It gets more detailed now. 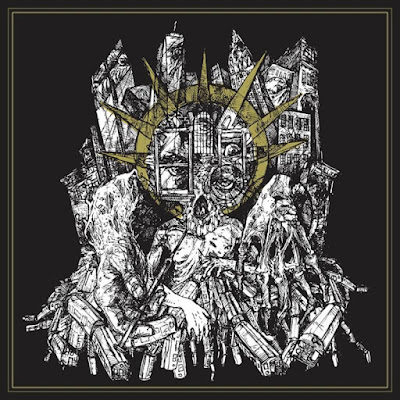 [Opposing holiness]
Everyone praised them from the first EP but I didn't like it that much. They won me with Abyssal Gods, which is like the weirdest, craziest house made by the craziest architect. Extreme metal stands strong because of enigmatic, powerful albums like these. Give in to the scourge. [Review] [Arrows of eternity, of all the ones I loved]
I don't want to say much about Solefald anymore, if you like peculiar experimentations in your metal, they are amazing. World Metal has some of their catchiest songs. Mainly the fans, you should worship it. I consider it their second best album after Pills Against the Ageless Ills.

18. Pale Chalice – Negate the Infinite and the Miraculous 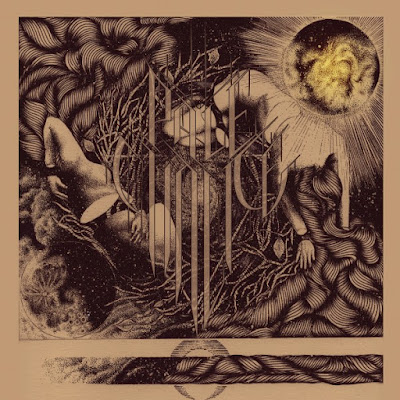 [Bent by carapace chain]
An essential black metal record of the year. Pale Chalice's debut offers a lot of energy and variety, great melodies and a sense of keeping it's roots as well as a glimpse to the modern and future scene, it's well placed ideologically and provides and strong aural pleasure that black metallers need more of in their lives. Don't listen to the old stuff. Listen to the new bands. Thanks. 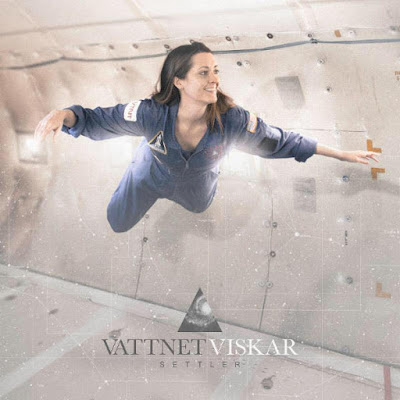 [I fly into the arms of god]
Didn't appreciate it after the first listen, turned out to be a superb album. Vattnet Viskar are setting their own unusual standards and establish them with great music and a record stronger than their less oriented debut. It will be hard for the old fans of the genre, but it's superb nonetheless. [Review] 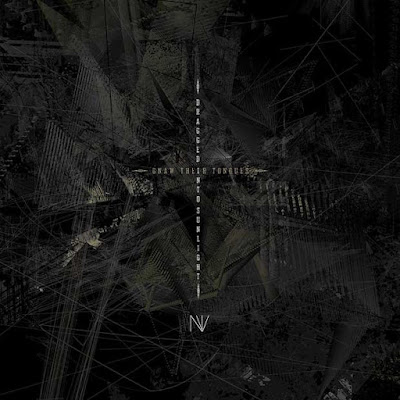 [Alchemy in the subyear]
Have you ever been terrified by a band collaboration? Dragged Into Sunlight and Gnaw their Tongues joining forces is like a nightmare come true and it crushes the will to live through one of the filthiest and most hateful albums I heard this year. I love both bands and this record sums up the love to infinity. NV is a misanthropic and grandiose black metal / noise album everyone out there needs to listen to. 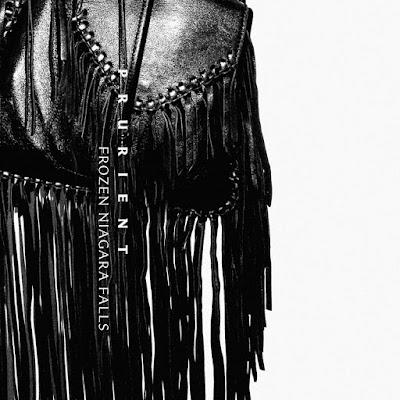 [Cocaine daughter]
I'm not an expert in Prurient's discography, since there are a lot of albums to listen to and I discovered him rather recently. When I listened to the new album Frozen Niagara Falls, it was more out of curiosity and I didn't expect it to have the impact it had after all, I actually feel I haven't totally gotten used to it yet. There is plenty of noise, ambient and experimental sound waving, while the vocal range is awesome (screams, narrations, whispers...) and the total length is an hour and a half, more than enough. 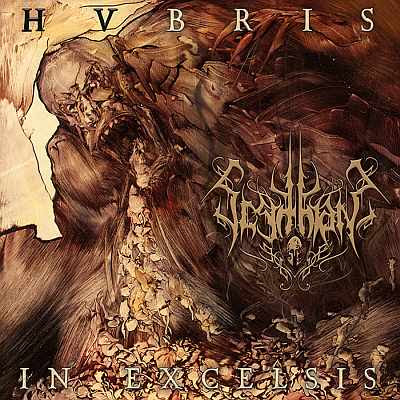 [As tyrants feast]
Listening to Those Who Stand Against Us..., I remember not liking it. What happened these six years? Was that album as good as this and I didn't get it? Who knows... The fact is that Hubris in Excelsis rules, it's very energetic, with great ideas and top-notch musicianship. It is death / black / thrash for everyone. 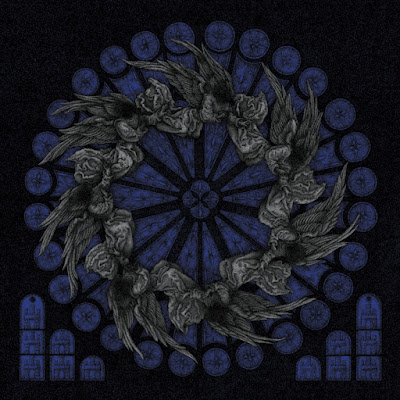 [The earth will continue to smolder]
De Praestigiis Angelorum has a lot of energetic riffs and a dismal atmosphere, I have come to the conclusion that I will never dislike something connected with Antaeus / Aosoth. 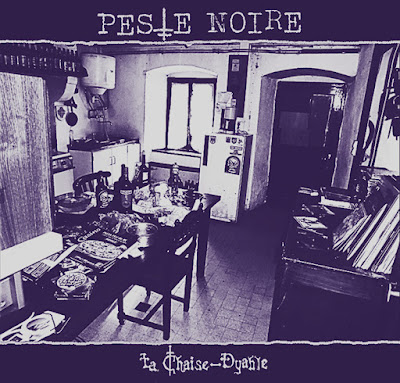 [Blow up the capital]
There are some bands you can't help but fully adore. At least musically. I enjoy Peste Noire's new record as a Star Wars fan craves for the new movie, these feelings are pure and I can't help it. Anyhow, La Chaise-Dyable is intimidating and kills with it's dissonant, experimental style. The first two tracks are among the best music I heard this year. 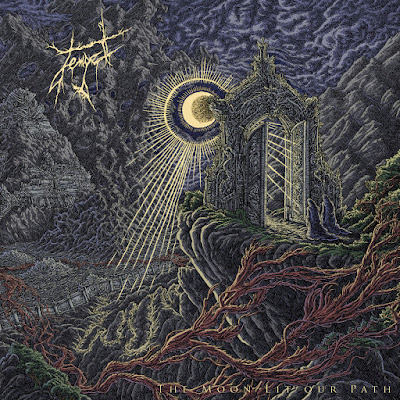 [Dawn breaks over the ruins]
I discovered this band last year and I was overwhelmed by their debut. The second album is just as awesome, an instrumental mixture of post-metal, progressive and a bit of doom, but most of all it's addicting because it's well written and with awesome melodies. Tempel are a skilled band and deserve more attention. 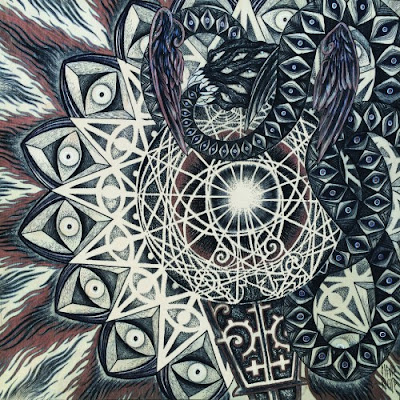 [Forever kingdom of dirt]
The path of this band is an interesting one. Hearing comments like “I don't like how they have changed their style over the years, I prefer their symphonic deathcore roots instead of black metal” is somehow ironic, right? Apparently, the old true fans of the band are the deathcore kids who enjoy their first EP. While I didn't like Becoming that much, The Accuser is a perfect black metal album. Scandinavian elements are fused with American black metal and an ounce of post-punk (especially in the last track), plus awesome vocals. I recommend black metallers to listen to it, even if you hate Abigail Williams. 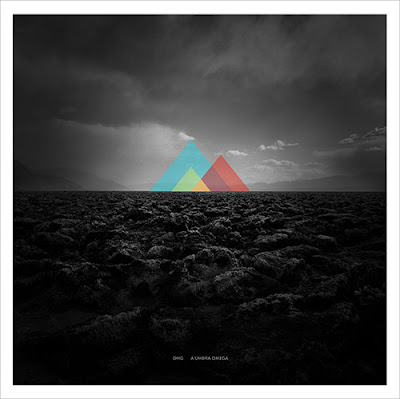 [The dull ache of twisting space]
You have read much about this already. A Umbra Omega is THE complete DHG record, it's a journey and nothing less. The sheer talent of these musicians aligned, it's an unrepeatable event and we're lucky it happened during our lifetime. [Review] 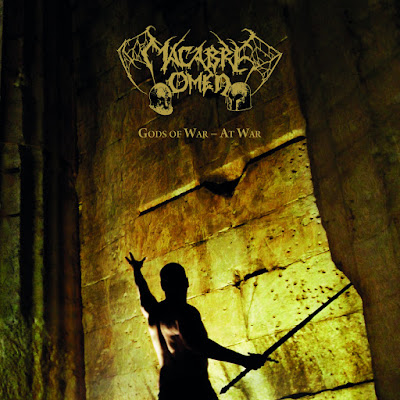 [Who says eternity lasts only once?]
It's pleasing to see Greek bands making it in high spots of many end year lists the recent years. Macabre Omen have won the hearts of the public audience with their second album, ten years since the previous. Gods of War-At War combines the golden heritage of Viking metal Bathory with the true spirit of Hellenic black metal and it reaps the skies open in flames. The old-school metalheads will love this. 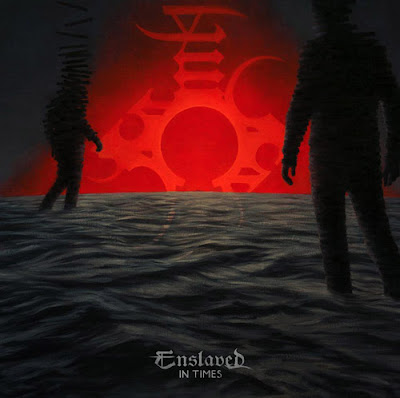 [Across the dimensional dome]
If you think of consistent bands and don't come up with Enslaved from the first minute, you're not quite there yet. In Times follows up the spectacular RIITIIR and introduces an even more melodic / progressive touch to the music, while making sure it will be no disappointment to anyone. Tracks like “Thurisaz Dreaming” and “A Thousand Years of Rain” are what Enslaved is all about, don't miss out. 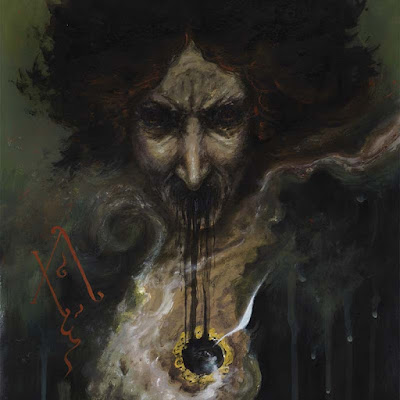 [Countenance of terror]
The mastermind behind a dominant black metal band of our days, Nightbringer, decides to form his own project and it's even better than you think. The Dreaming I is inhuman and overpowers the listener with it's atmosphere, including some of the best black metal written this year. His characteristic style is obvious and known from Nightbringer, this record effected me deeply.

5. Mouse on the Keys – The Flowers of Romance 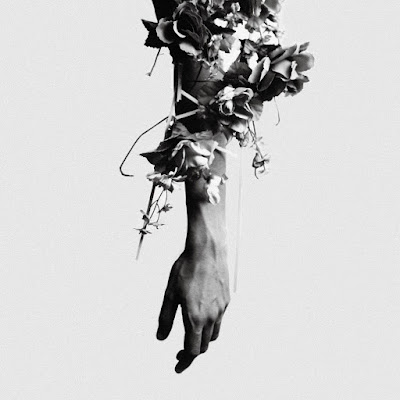 [I shut my eyes in order to see]
When I discovered this band, I was really excited and then all of a sudden, they released a new record. It is an euphoric, extravagant cooperation of drums and piano for the most part, purely with no vocals. I thought Tempel would release my favourite instrumental album this year but this Japanese act came out of nowhere and snatched the title. 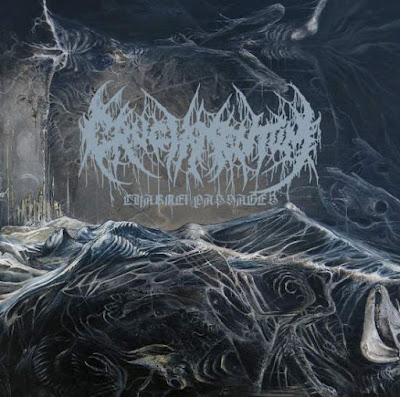 [These tombs are sacrosanct]
The evolution of death metal as a genre has reached the point of perfection, channeled to the listener through bands like these (Grave Miasma, Dead Congregation etc...). It should not be a matter of taste. This is the best death metal out there. Unadaltered, serious and hammering. Cruciamentum finally release a full length album and it's nothing less than a menacing masterpiece. [Review]

3. Ahab – The Boats of Glenn Carrig 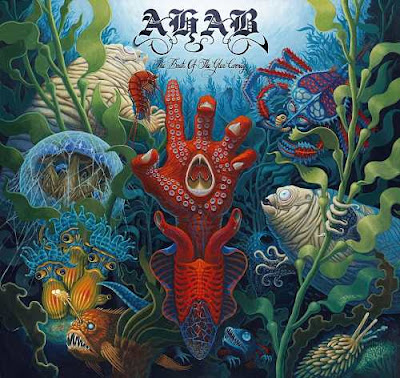 [The storm's roar made all else silent]
The release of this album was a happy coincidence, since it dropped during a period of Ahab-worship I was having then. I honestly think The Boats of Glenn Carrig is the band at it's peak, all they stand for musically and lyrically, is presented in this record at it's best. Even in short Ahab tracks like “Like Red Foam” they are bulldozing the listener. The doom and the heaviest riffs. The clean parts and the wonder what's coming next. [Review] 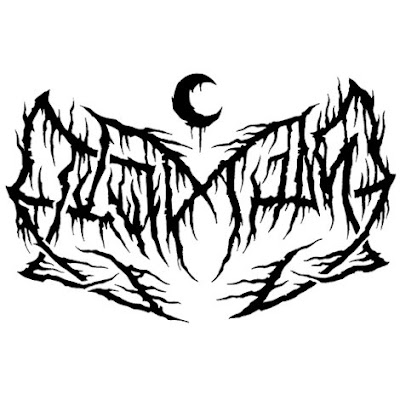 [Made as the filth of the world]
Everyone keeps saying how Wrest is a pure musical genius and how Leviathan are one of the most deranged and intriguing acts out of the USA. I come along to say that they are the best American black metal band I have ever heard (I do not forget Panopticon, just not into them as much as all of you), while Scar Sighted is his best album to date. The instrumentation and the vocals are insane, the melodies and the clean guitar parts are haunting and there are elements from the first hymn of a record, which is awesome. It was #1 but somewhere along the way I changed my mind.

☆ 1. Sulphur Aeon – Gateway to the Antisphere ☆ 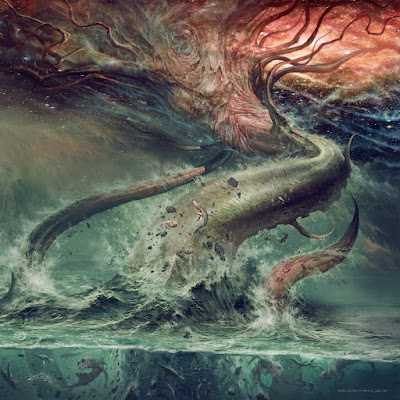 [Amidst the thrall of cosmic darkness]
It was not clear to me whether this album or Scar Sighted would be the #1 this year, in fact for some time I think that album was the main contender for the throne instead of Sulphur Aeon's. However, this turns to be the most powerful and most consistent record I listened to and it's way better than their debut (also amazing stuff there). One of the best death metal bands brings out a gargantuan record that will totally own your world as long as you give it the spin it demands. Mind-blowing. I bought it on vinyl and I don't collect vinyls. Just for the big version of the GOD DAMN INSANE artwork.

I didn't have the time to absorb the following albums but I believe they would make the cut:

Thanks for your attention... We'll meet again sometime next year. 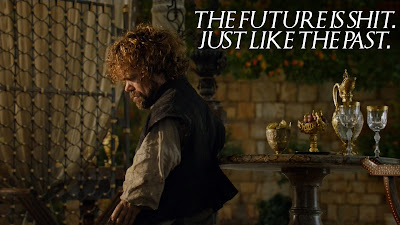 By VJ-atyc at December 27, 2015
Email ThisBlogThis!Share to TwitterShare to FacebookShare to Pinterest
Labels: AOTY