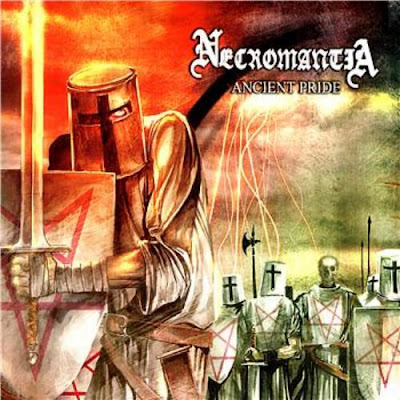 What makes this band different is the fact that they have dual basses and they use an 8 string bass, some albums have been recorded without any guitars at all. They are a colossal band for the greek underground, im not amused by most of their early stuff even though they were well placed ideologically, still this EP is, for some reason, my favourite release.

They have added guitars with woderful riffs, they even have solos, there are some ambient parts, there is a flute, there are keys, there is a classic guitar, it creates a wonderful almost pagan black metal scence that i personally love in that music.

I strongly believe that the self-titled song "Ancient Pride" is one of the most beautiful black metal songs done by greek bands. I might be overtalking, but you should listen yourself. The copy i own is a reissue by the greek zine Metal Invader, and it contains a fifth bonus song.
at December 10, 2012
Email ThisBlogThis!Share to TwitterShare to FacebookShare to Pinterest
Labels: Black Metal, Table N