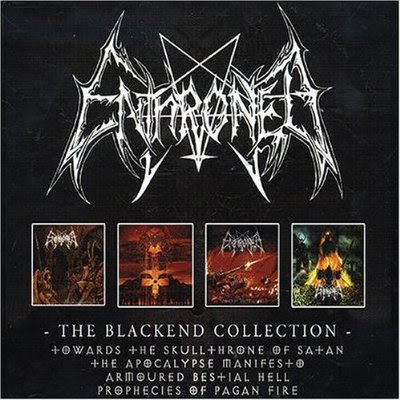 I noticed that the views have gone up a bit lately, so as a thank you im giving out the "special package" i was talking about some days ago that was to be posted. Enthroned are one of the best black metal bands around, excellent in every way, both in music and out of it, so not one but four albums by them is a really nice experience for a critical thinking outlaw individual to enjoy, non-stop. That could be you. The first four Enthroned are included here, covering the 1995 - 2001 era of the band. I read at discogs that its a partly unofficial compilation, im not sure what that means exactly, but it sounded important. 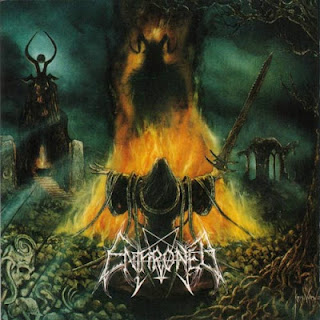 An extraordinary album that was released during the best era of the genre. Its nothing but hateful anti-religious blasts and madness, its hell. The riffology does not stick to the typical black metal riffs, they have also put some synths without overdoing it, deep shrieked vocals similar to old Gorgoroth, but much better. I love the artwork here, i think its a complete album to be remembered.

Towards the Skullthrone of Satan (1997) 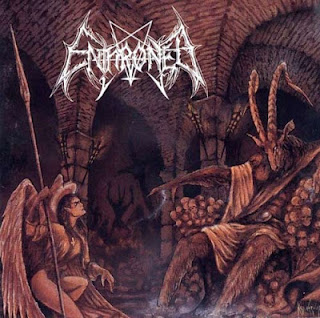 Following the debut is an album in the same pace and philosophy, with a little altered production, but still as clear and raw as it should at the same time. Lots of fans have been complaining about the songs getting repetitive in these album, i could not care less about this pointless downsite of the release, since its exactly the type of black metal that i fell in love with when i first listened. 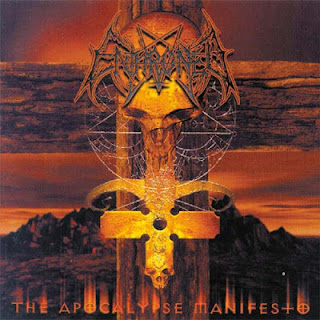 This album depicts the change of the band from primitive black metal to more of a studio sound. The album is not bad at all, i happen to prefer the first two much more though and thats all, its defenitely an album to check if you are getting into the band. Some pretty heavy songs are included here. 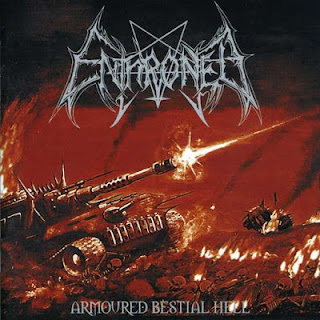 Last one of the collection, much different sound here as well, they totally abandoned the sound of their first releases as they got into the metal map, its not necessarily a bad thing to do and its an enjoyably album from start to finish.

I suggest you also listen to their newer albums, because they are fucking perfect.
By VJ-atyc at February 02, 2013
Email ThisBlogThis!Share to TwitterShare to FacebookShare to Pinterest
Labels: Black Metal, Table E