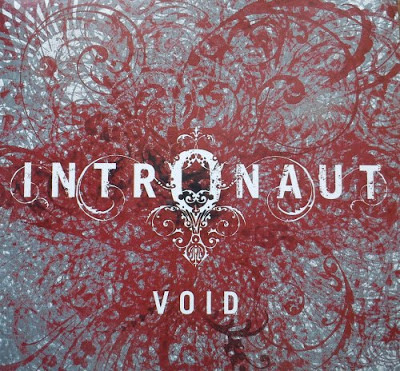 
One band from the good side of progressive metal. I thank Mother Mary and all the gods ever made up by the human mind that this genre still has artists, not only mindless, pointless, lifeless guitarists that reign the intrument's technicality but fail to create a song with soul whatsoever. To quote J.Black: "You've been focused so hard on making it, you forgot about one thing. It's called the music."

Artistic enough compositions and harsh vocals make the release easy-listening and enjoyable. Some songs here still make me move, even after donkey repeat times, its still not my favourite album because ok, nothing like Valley of Smoke, but that doesnt mean its worth it. Intronaut are a group of talented dudes. And there's a single coming in a few days.
at January 30, 2013
Email ThisBlogThis!Share to TwitterShare to FacebookShare to Pinterest
Labels: Progressive Metal, Table I