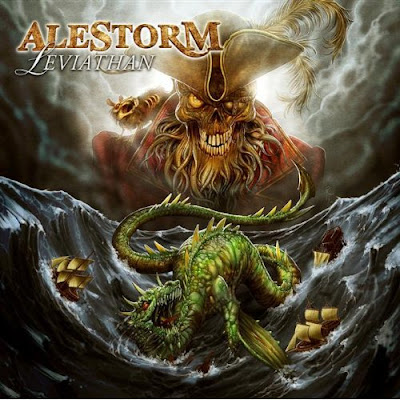 Its not power metal with pirate lyric themes. Its not folk or heavy metal with a pirate concept either. Its pirate metal. I think Alestorm have managed to set the basis for what actually sounds like pirate metal, since they don't simply sing about them, they are them. Napalm hit gold with this and they've taken the whole pirate subject to a new level, standing right near to Running Wild (time will prove me on that). This is the only release i found at a store nearby, it contains four tracks that were later included in their full lengths, still its a great EP and it has some kick ass artwork too. Remember to love pirates.
By VJ-atyc at November 27, 2012
Email ThisBlogThis!Share to TwitterShare to FacebookShare to Pinterest
Labels: Pirate Metal, Table A