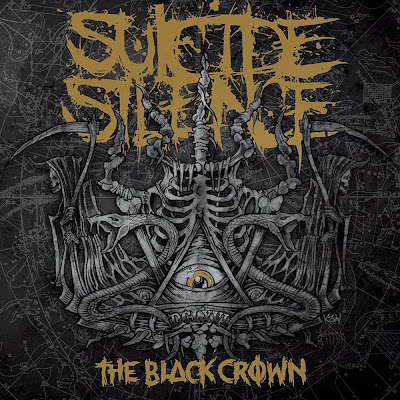 The last album that was released in July last year, it actually is the most distinctive sound that Suicide Silence could ever do. They have added some nu metal elements, guest vocals by Jonathan Davis of Korn in a song, some well put whispering-clean vocals, it depicts the fact that the biggest infuences of the band are their favourite artists (Deftones, Slipknot, Korn).

The album is unique, its a bit softer than their first releases, flows nicely and they have not overdone it on any aspect. Lots of reasons to loathe the band again, you can browse all kinds of negative comments around the internet, but anyway, i always thought that the fans ruin the genre, and not the artists.
at November 04, 2012
Email ThisBlogThis!Share to TwitterShare to FacebookShare to Pinterest
Labels: Deathcore, Nu Metal, Table S