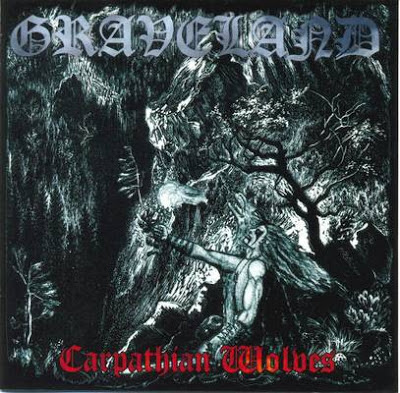 The debut album of Graveland clearly smells of the rotten underground scene of its time. Listening to it, im happy that i wonder if it was recorded in a bathroom or in a studio, the sound is fucked up on purpose. There is a lot of sloppy work in this album, i still think something hateful was meant to be written, this or they had no money to record an album. I don't even think its negative. So, as the album progresses, you either hate Christianity or yourself for putting yourself in this situation, mission accomplished.

The reissued version i own contains some songs from a rehearsal in 1993 and a bit of different artwork from the original (different fonts, the main art is the same in the front cover). If you also know how to wield a sword and spend time in the woods, if you think black metal is serious business with a true mission and purpose, you will be good friends with Rob Darken and this is a must for you. They later went to viking / pagan metal, or something like that, not my cup of tea. Torn out black metal is my cup of tea. Im glad i have this.