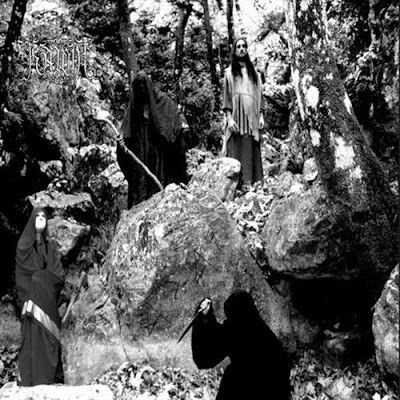 Im back from vacation. And of course, once again i don't have my collection with me. I found this at a local store, i was going to buy and Antaeus album but it turned out to be more expensive than i thought, then i almost bought an Aborted vinyl which was relatively cheap, ended up with this in my hands, i can say i don't regret it. I want to own an album or two of some specific bands whatsoever.

Arai is a good album. It has that pagan feeling even though i would not describe it as pagan black metal, they have these lyrics in ancient greek, they have the artwork and everything. The latest 2 albums are the best to me, but this one too has some nice prayers.

The truth is that Kawir never intrigued me, except from the latest album in 2012. However, they are significant and have stayed underground, so there is support for that only.