If you leave the shitty pop-ups and the advertisments, the ads before the videos, VEVO and other sponsors, the policies/rulings on the side, a very good feature of Youtube is its suggestions near the video you are watching. You might believe it's a kid's way to find bands, still i don't trust you have never listened to something interesting that way yourself. Especially if you were born after 1990, you were not around the tapetrading era and you don't hate the internet. I decided to exploit this feature and do something anyone can do, just wander through the videos only via the suggestions. 10 albums, with a random one for a start. Lame or not, it is great fun and you should try it.

God damn these Mexicans! They obviously are old school worshippers but not in a copy-cat manner. Solid album with melodies you have heard before, still played in a unique way. The song "Kill the Posers" reminds me of the Coroner demo i once heard, in my early days of the genre, it is great. The fans will love it. Not over-sophisticated, just raw and plain simple, straight forward thrash metal.

Im familiar with these guys since thrash metal bands to get famous in the greek metal community, as you can see, there is a label from the capital, they have solid bands that still stick to the underground. At least, for now. Again, typical thrash with much harsher vocals than Commando, closer to the old school way of the 1980s, but a little less yelling, more of shrieking.

Cross Examination - Menace II Sobriety
2008, Organized Crime
Never heard of these guys before. Fast paced thrash with -and it was bound to happen- horrible vocals. Great music, but seriously, the vocals are disturbing and they make the whole thing unlistenable. Skip this band.

A sudden change. It had Pantera, Metallica, Megadeth, Gama Bomb, The Black Dahlia Murder, i've heard all these a lot of times before, plus this is my favourite album by Sleep. And im not a big fan of them. Anyway, we switch to much slower riffs and thick guitar tunings, high vocals and a trippy attitude. They might as well be pioneers of the genre.

Im (almost) always in the mood for ambient/post-metal. To me, the sounds are so full and musical, there are a bunch of experimental elements and weird effects, atmospheric compositions, intriguing titles and artworks, artist material in general. Pelican are no different, in fact they are a mandatory band for everyone into good music. An amazing album.

There were several post-rock suggestions of bands that i love (Godspeed You, If These Trees Could Talk) but for some reason i clicked on this. As magnificent musicians as Opeth are, i haven't paid close attention to their late albums (2000 and after), this included. As im listening, i can feel the instrumental awesomeness, they're doing a great work. Im not ashamed to say that i don't like his vocals this time. He's a great singer, but i can not get into them this time.

Here we are. This record is lovable, very lovable. The bitter feeling of melancholy reigns all over these tunes, masterfully composed by a titanic band. Flawless.

vortex was in here, and its obvious. I guess this is more of a theatrical attempt on their part, i can't say i will listen to this when i choose Arcturus. If you are not a fan of them, the possibility of falling asleep is high, i'd suggest their earlier albums.

The sky splits and throws this album right near Arcturus so that i have no dilemmas what to choose next. Easily one of the best viking metal bands. RIP Valfar.

Last one for now. I didn't know this band until now, its something like space-related progressive rock/metal from a guy with many amplifiers and free time. I did not touch me, to be honest, even if he's good, its not for me.

Enjoy, till next time: 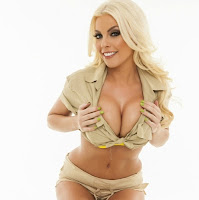