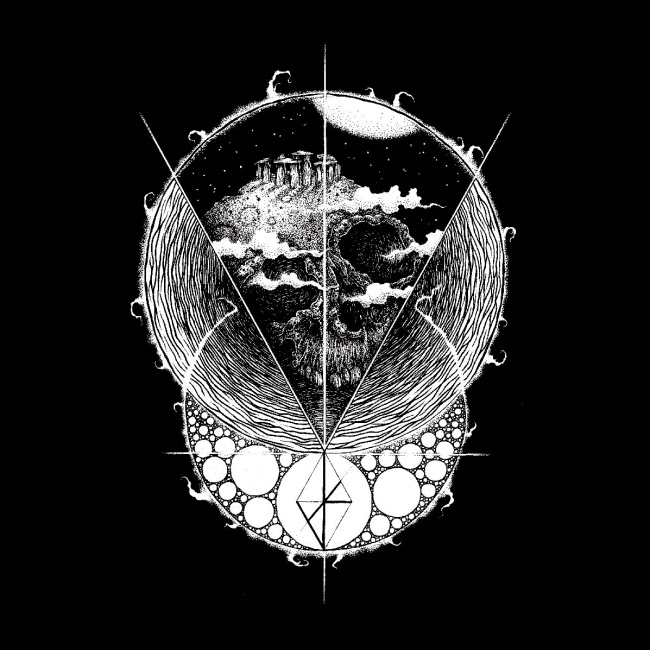 This band's EP Surpass Eclipse hit a good ranking in my top 15 EPs for 2013, since it felt like a new and amazing discovery of mine into the atmospheric black metal scene. Naturally, I missed any warnings about the full record that was being prepared since then, which is also the debut of the band, and I must admit I listened to it with more excitement than normal. Getting into a band as they evolve is a great feeling and with Elder Giants, I think Sun Worship prove they have all that's needed to climb to the top.

It is a record that fits perfectly to the modern atmospheric black metal scene, because of it's abysmal song writing and discordant vocals. The songs last from six to thirteen minutes and they are not keen in compositional variety, as Sun Worship  play a thick and immense riff, enhancing it with the whole instrumentation for a couple of minutes, before getting into a different or vocal section. The few changes are perfect and the album's atmosphere is presented from the first minutes, thought provoking and effective as it is.

The tempo of the record is mostly kept at high rates, as the band expresses intense moments of black metal as a main characteristic of their music. If you take the fast paced and chaotic parts of Ash Borer, you can have a fairly good image of the first two songs on Elder Giants, which are "We Sleep" and "The Absolute Is Becoming". There are breathtaking and addictive guitar melodies in there, likeable in the same manner that I liked Surpass Eclipse, with the end of the latter slowing down a bit into a middle paced part, clearing the way for the self-titled masterpiece...

... Which is the third track of the album and it's by far the best here. It's the second longest and musically the fullest in Elder Giants, embodying wonderful riffs (like the one during the beginning of the fifth minute, which is simply grandiose), as well as a combination of middle paced and fast paced moments and an overall crushing epicness. A standout track for sure and one of the highlights of the year so far to me, having a strong impact in the first place. Towards the end, it closes with an electronic buzz that concludes to the last track "Transneptunian (Infinite Gaze)".

At first, I did not think positively of this ending track. It's mainly electronic and steps into noise / dark ambient, which got me thinking that I would prefer another straightforward track like the other three at first. Yet, after a couple of listens it turned out that it is in fact brilliantly placed, brings the listener back from their celestial journey and includes some minimalistic and nice tones, close to Burzum's Tomhet. It's not just another boring outro that everyone skips when listening to albums like this.

These and the notable artwork by View From The Coffin make up an legit album worth listening to. Even though it's close to the so called hipster black metal scene, it lacks any useless post-rock elements and calm moments, it has more character and definitely more guts. I wouldn't expect anything less from a German band, as the country has a good history on black metal, therefore you have nothing to be afraid of before listening to this.