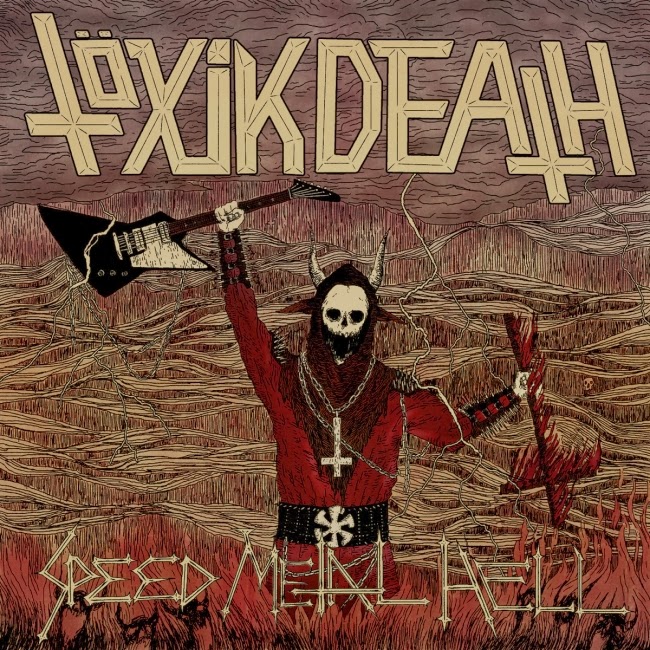 | Sergeant of the wasteland |

As much as I like present-day thrash metal, a dose of the relentless, old school touch is always fine to listen to, especially from new and crazy bands that are formed solely for that reason. From the land of Deathhammer, comes this band named Töxik Death, which lets the album's title and art to speak for itself: Speed Metal Hell  is an anti-poser black / thrash statement that will keep the die hard fans busy for some time, in case they discover it.

The band has released a split with three other bands (Deathhammer, Nekromantheon and Carniwhöre) named Nekrothrash and that's exactly what these guys play. The fast-paced tempo of Motorhead, fused with the aggressiveness of Venom and an addition of the fruits of black / thrash all these years, the mix of Töxik Death is familiar and never getting old, especially when it's done by enthusiasts like them.

All the tracks are catchy riff after catchy riff, torn vocals and fast drums, a couple of solos an underground extreme metal atmosphere. Yet another album for freaks with Speed Metal emblem tattoos and patches, it will not disappoint and it has plenty of enjoyable music during it's half hour of length and total of nine tracks. Of course, the roots of the genre are what dominates the album, all punk / rock n roll / thrash / black are partying alike.

Speed Metal Hell does not introduce the listener to anything new and that's the point of the record in the first place, worshipping it's style to the last bit. From what you might have understood, fans of Witchburner, Aura Noir and the above bands will also love this one. Made by fanatics, for the fanatics.