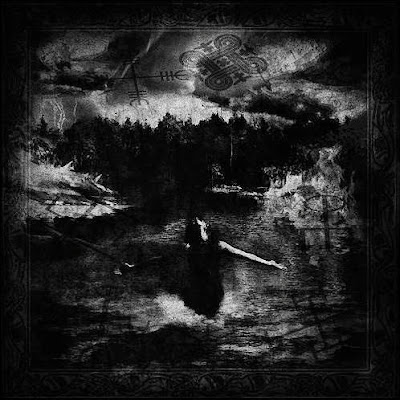 Finnish Ancestors Blood return with a second full length album after five years, when they released the mannered and tight debut "Return of the Ancient Ones". The band moves towards pagan black metal and generally speaks about anti-christianity and paganism, describing their music as esoteric heathen metal. The new album contains eight tracks and lasts about 45 minutes.

Starting with a clean sounding debut record and then turning your back to the studio and praising more primitive, raw sounds, is encountered less often than the other way around and this is the case here. They seem to go back to their demo period and explore new sides of it, sticking to the basics and focusing on the dirty production to build an intact, cacophonous atmosphere, with the synths to take the leading role in the whole act. As they do, one can listen to amusing melodies from the keyboards and it's the key aspect that makes the songs memorable, for their primordial sensation and aesthetic. Even though it's not musically better than it's predecessor, it sure is more aggressive, even with all the synth additions that make it mainly atmospheric.

Apart from the keys, little changes can be found between the songs and there lies the Achille's tendon of the album. The guitars are too fuzzy to give the impression of variation or change, sounding like the same thing played over and over again, with a few moments in the sun only when a solo or lead riff comes in. Combined with the guitars and the sparse bass, it creates a somehow plastic sound that does not highlight the compositional work of the band, trapping them into their own production. Nevertheless, the music is addictive if you listen to it closely, with the bands giving away talent in songs like Puu Ianikuinen and the grim vocals being way better than the howling / screaming that took place in their first album.

"A Moment of Clarity" runs on middle fast paced rhythms, calming down only during the intro and outro, interlude and some dispersed song parts. It can be described as a raw version of Summoning, if they ever decided to adjust pure black metal elements into their music, maintaining it's place as a legit album because of the engaging synth lines. A strict judge will find a couple of failing characteristics that might ruin the image of the album, but it will enjoy the fans whatsoever.