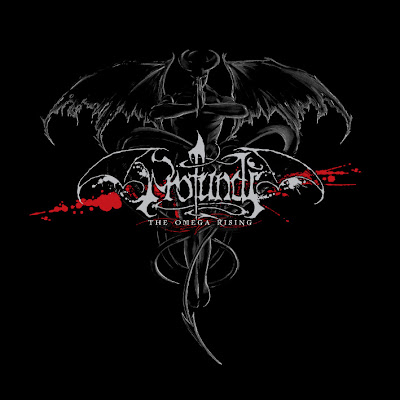 The only release by this one-man project from Sweden. The fact is, that one man is Jens Ryden, more likely to be known for his contribution in Naglfar as a frontman. If you are into black metal you have definitely heard the cut-throat musical services of Naglfar, with melodic and heavy riffs, synths, keyboards and caterwauling vocals.

This album by Profundi is very close to the Naglfar sound, even though there is a personal touch to it at the same time. With an excellent production and compositional work, Jens claims the role of a blacksmith and creates a sharp blade made of fast and agressive swedish black metal. As in Naglfar, the result is overwhelming, whilst the listener stands in awe with a feeling of indulgence, since the music is over the top compared to the average level of other bands in the genre.

He has done a great job handling all the instruments and vocals as well. His voice varies at parts, as it did in the early Naglfar releases and his effort on the guitars and bass is remarkable, melodic riffs and bass leads/solos. An intriguing addition compared to Naglfar is a church/pipe organ added at various moments, certainly adds a dose of darkness.

In the middle of this 48 minute album lies an interlude, composed with a piano and some bizarre samples behind it. Im really into the silent components of such albums and this is truly amazing, very beautiful and atmospheric.

Jens did the songwritting, recording, mixing of all instruments by himself, plus he took care of the artwork by himself (designing and putting together). So, this is his creation alone, from scratch. What he has made is intense, furious and memorable.