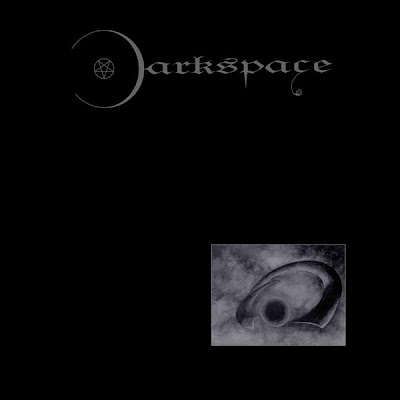 
Darkspace come from Switzerland and they've been active in the underground for the past decade, with one demo and three full length albums, this being the latest. Obviously, "space black metal" doesn't exist and it sounds stupid, the bands that deal with space and cosmic mysticism in their lyrics rarely go further into the music with it. However, here... Hmmm.

If you have listened or heard about Darkspace before, you probably have nothing but positive comments about them and how they are one of the finest black metal bands out there. Yes, they are. What the listener experiences while listening to their albums is unique and not easily described. They play atmospheric black metal with lots of ambient elements, samples and dark synths, the result is deep and cold drone that could be actually compared and come close to the emptiness of the universe. As dark it is out there, as "empty" and unknown space is, the same goes on with this album. As monotonous it may sound to the ignorant listener, after several repeats i can feel the buildups and the variety of sounds it has, and that's why i suggest you spend time on it. Hard albums are always the best in black metal.

Whoever the keyboardist is, he's done a magnificent work and the album would not be the same without him. As much lyrics or drums are not important in this style, the keys seem to be the key, an essential characteristic not to be left out. Pay attention to what's written and you'll understand. The composition and synthesis is just stunning. It has not changed very much from their last two albums, but it is the pinnacle of their path so far. A truly haunting album that's difficult to swallow, if you can handle one hour and twenty minutes of celestial depression, you have them. There are references of movies in the songs, and there are some amazing quotes in them, be sure to look for them and read the, because you'll not understand a thing from the vocals.

To all the bands i've listened so far in the space black metal scene, none can cultivate a sound so bleak and negative, so close to the term of the genre. It is the punishing feeling of claustrophobia and despair inside the vast borders of our cosmos.