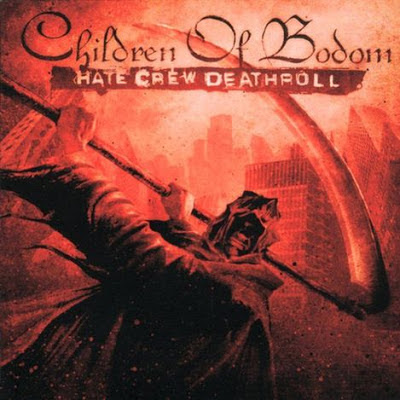 Ok, the last of the CoB ones i have, and its been a long time since i bought it. Apart from the facts that ive mentioned so far, the story of the name of the band is quite interesting, unsolved murders have always been an intriguing mystery to me.

Grim Reaper (the guy in the covers of their albums) is the one that the survivor of that night in Lake Bodom said he saw, killing his friends. Even though there were not enough clues, he was a suspect for the murders. Anyway, this album contains their best song "Sixpounder".

If you liked the other two albums, one more is even better.
By VJ-atyc at October 22, 2012
Email ThisBlogThis!Share to TwitterShare to FacebookShare to Pinterest
Labels: Death Metal, Melodic Death Metal, Power Metal, Table C