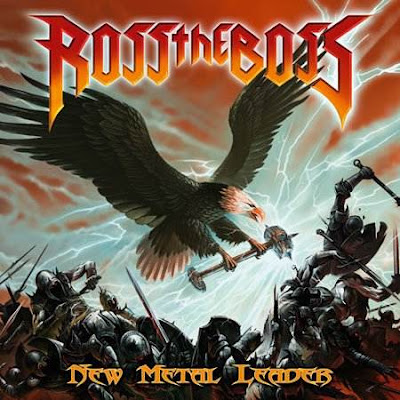 
Side project of Ross The Boss from Manowar, they have released two full length albums, this one and another dating in 2010. I saw them live here and i bought a copy of this, its one of the few albums that i have signed by the band.

I dislike Manowar, this album is quite nice though, it has that heavy metal tuning and the whole package of lyrics, titles, riffs, solos, vocals and everything. There are solid songs like Blood Of Knives and Matador, the cup of tea for a metalhead everywhere.
at October 19, 2012
Email ThisBlogThis!Share to TwitterShare to FacebookShare to Pinterest
Labels: Heavy Metal, Table R