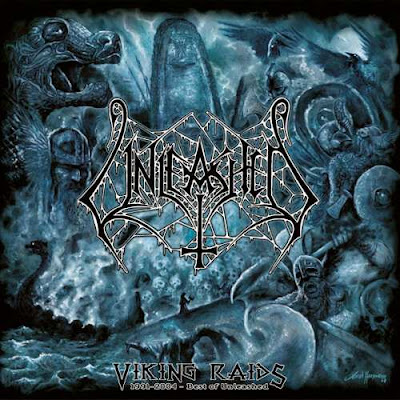 
There are no viking elements in their music, and thats why lots of simply name them as death metal. The lyrical theme, artwork and album concepts are strongly viking themed though, thats why i would label them as viking death metal (like Amon Amarth or In Battle).

This is their 2008 compilation that contains songs from several old releases of them that were released back in the 90s. What i like about this band is they had solid sound since their very first release. Pretty amazing death metal, lots of albums for you to look for.
at October 18, 2012
Email ThisBlogThis!Share to TwitterShare to FacebookShare to Pinterest
Labels: Death Metal, Table U, Viking Death Metal