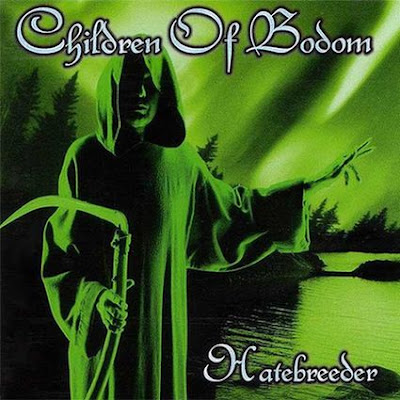 
Lots of talking goes on around CoB, they have a die hard fan club but also there are plenty of haters around. As for me, im not a fan since im not following the band's news or album, i listen to their stuff and i like them, because despite the gay looking poser Laiho is, he is a great guitarist. This is their second full length, their debut was released in 1997.

I believe the originality of this band and the melodic riffs and solos made them überpopular, they still have very entertaining albums. "Bed Of Razors" and "Hatebreeder" are my favourite songs off this release. Lots of teenage kids support them and the old school elitists don't like that, but hey, do not judge a book by its cover.