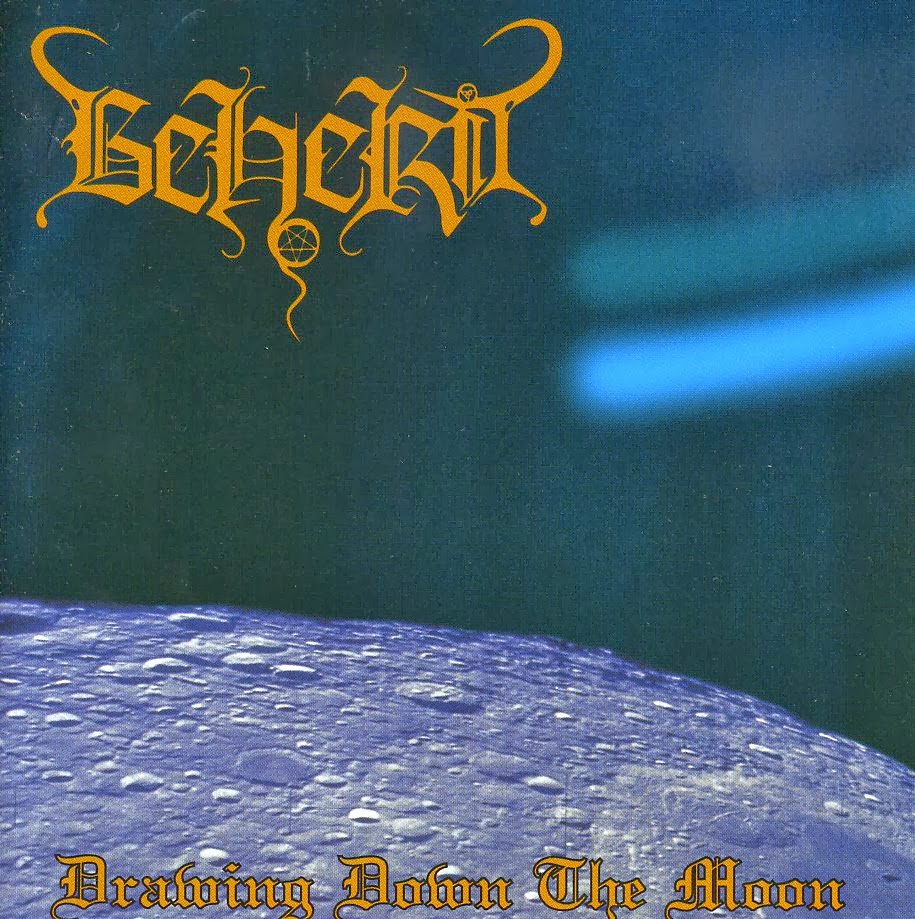 It's often hard to point out the difference between hard working, serious musicians and a bunch of anxious teenagers experimenting with extreme subjects, especially when sound as primitive as can be is easy to make and doesn't require that much music knowledge or technique. I almost can see the guys from Beherit jamming around as kids, back in the early nineties, when the band started it's infamous path. This band always comes second to mind when talking about Finnish black metal of that specific period, right after Impaled Nazarene, when third goes Archgoat and Barathrum (there wasn't a big movement over there, as it was in the neighbor countries).

A common characteristic of these bands and almost any other Finnish one back then, is the complete lack of melody or rhythm in their music. The bands there preffered to create dismal and blasphemous material, draining their music from any radio friendly elements, so Beherit is no exception. That's why one can relate them more with bands on the other side of the planet, like the Canadian Blasphemy, or Von / Profanatica and so to say. All these bands never made the way to my top favorites, even though it's fun to listen to them, but as Drawing Down the Moon is widely regarded as a masterwork, I thought deeper insight would be useful. Inside my head, I was hoping that this would last around half an hour and I really wanted to dig it as much everyone does.

It has come to my understanding that the record is a love it or hate it issue, since it's up to the fan's tastes and patience in cases like this. I probably lean towards the second group and even if I don't think this is extremely bad, it is surely way overrated for it's kind. If you have listened to any of the aforementioned bands above, you will know that bestiality is the key element and Drawing Down the Moon has plenty of it. Not only the guitars but the sound itself is raw and distorted, keeping the recording as authentic as possible. The album mostly moves in an oppressive, middle paced tempo and it presents it's monotonous, droning buzz in a way that's not the easiest to follow.

If anything needs to be said about the production, it's dirty and focuses bass tones in every one of it's instruments. To me, each one of them sounds neat by itself, but the mixing and the balance of them all together lacks the expected power. The guitars seem to have a distance from the drums and the vocals, creating holes in the overall sound, making it significantly weaker than it would probably go. I know it's not even the first priority here, but still I wanted to be overthrown by it's blasphemous strength and I wasn't, so it was kind of a let down there. Drawing Down the Moon lasts forty minutes and it included thirteen 1-4 minute compositions, which are more than needed in my opinion. Filler tracks make the album even more fragile.

There are a few signs that give away the band's later efforts with peculiar electronic music, and these are mainly the instrumental tracks and the track "Summerlands". I can't blame them for liking other genres that include more electronics (in fact, Holocausto is DJing trance these days and has come to Greece for shows too) but I can't help but blame them for mixing them with this black metal. Even if one is fully enjoying it's raw brutality, one get's frustrated when these funky space sounds arive, like that track "Nuclear Girl" which is one of the weakest moments of the album, and it would be better if it was not included. With kick ass titles like "Salomon's Gate", "Nocturnal Evil" and "Sadomatic Rites", which in fact make good tracks as well, there should be no place for this child synth playing.

Musically, the album has a simplistic and typical structure, with the songs built around common riffs and repetitive drums. The sure thing is that Necroperversor could do more in the drum post and that is obvious in faster tracks like "Thou Angel of the Gods" and "Werewolf, Semen and Blood" where he doesn't really follow properly at all. The guitar work is average too but fairly enjoyable, being the memorable element of album, along with the vocals. They might be one part of the album I had no problem with, the nightmarish and diverse vocals and chanting in the songs, a little above the overall mediocrity. From the lyrics I caught, there are references to occultism and Satan, the latter being the band's name in Syriac too.

"Gate of Nanna" is a bad example of the album, for it's boring rhythm and dull, frustrating drumming / riffing and "Black Arts" is a good one, since the power of Holocausto as a singer and composer is shown there. Drawing Down the Moon is not the worst stuff I have listened but don't flatter yourselves with overwhelming comments about them either. The first Impaled Nazarene albums are equally raw and way richer and more interesting than this, if there should be a comparison. I don't think Beherit managed to overcome the barrier of Von's sluggish level and since I don't enjoy them either, I can't say much about this. I get why the fans consider it a gem and it might be one, but I was completely turned off in some points, in a way that the couple of solid moments could not save the day.
By VJ-atyc at January 26, 2014
Email ThisBlogThis!Share to TwitterShare to FacebookShare to Pinterest
Labels: Average, Beherit, Black Metal, Table B