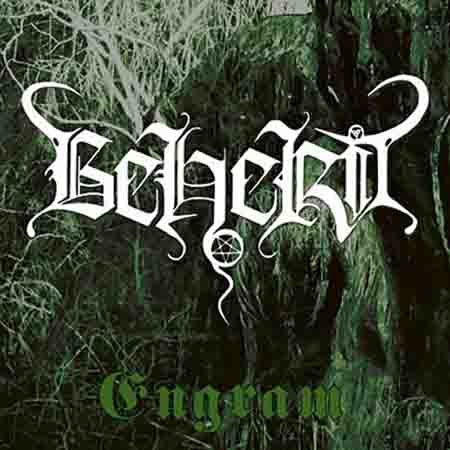 The majority of the black metal scene today is familiar with the wagon of Beherit and their followers, mainly for their significant contribution in black-death metal and their early album Drawing Down the Moon, which was "cult" and raw but really not much more. After their two albums of electronic music, they vanished so that they would return many years later as a force of primitive brutality. Engram is a reminder of the roots of genre, simple as can be, noisy and faithfully anti-religious, in the vein of no other than Beherit themselves.

What makes this album a lot different than their early material is not the music but the production, which is a lot clearer and thicker than what you might be used to. As a pure black metal album, the guitars' cutting sound and the raspy schrieks are dominant in it's entirety, while the drums are a bit lower in volume. Some samples of church bells are used in "Pagan Moon" and there is an introduction where Holocausto confesses "because, I just fucking hate this world" in the beginning of the first song, just for the listener to feel more comfortable.

I think the sound of Engram is a lot better than the sloppy first album, try not to choke on your black metal bullet belts on that comment and learn to appreciate the profits of a solid studio for once. I'm glad they finally cleaned their instruments and got out of the attic, at least in terms of sound. The music is at the same level as it has always been, only that this time the compositions are too repetitive. They are more repetitive than your average black metal record, revolving around a simple riff or two, both fast (in the tracks "Suck My Blood" and "All In Satan" and middle / sludgy (in the track "Demon Advance") paced.

Even though the band has not improved or changed it's style very much, I seem to enjoy Engram more than anything else I have listened by them so far. It's straightforward and simplistic for it's own good, a solid representation of what Beherit do best with the proper production and character. It exerts enough hatred and doesn't put too much philosophical pressure behind it, making it great just to sit back and enjoy. You can even share a listen with a couple of friends, how about that.
at January 27, 2014
Email ThisBlogThis!Share to TwitterShare to FacebookShare to Pinterest
Labels: Beherit, Black Metal, Interesting, Table B