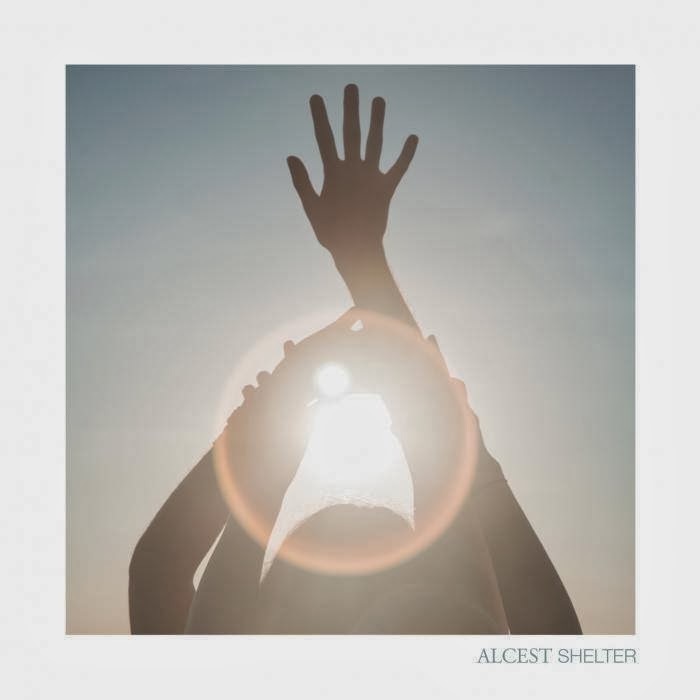 I can't estimate how much I have been drawn into the albums of Alcest all these years, since my first listening and absorbing days, as I always had Neige under close attention. Following his projects and the growth of his music, it's easy to grasp on how this band helped very much in creating the modern atmospheric / post-black metal scene, which is now consisted by inferior, similar sounded bands, most of them not as close to their art as they should. One can't blame Alcest for that though, since Neige is utterly bound to serve his breathtaking talent wherever it leads him, taking inspiration from a magical world in his dreams and personal experiences.

Starting as angry teenagers with corpse paint, the band released a demo in 2001, which was a piece of raw and straightforward French black metal, strongly influenced by it's country and Scandinavia. That demo is solid enough but it's nothing compared to what followed in 2005, with the Le Secret EP and the three full lengths of a combination of dreamy post-rock, black metal harshness and a mellow, romantic atmosphere that defined their sound and their style as well. By now, there is no doubt that Neige is a brilliant artist and a visionary, who constantly experiments, goes further and digs deeper into innovation.

As the years went by, he would state in interviews from time to time that he plans to remove any metal characteristics from the music of Alcest and that was more recognizable in the 2012 album Les Voyages de l'Âme, which had clean vocals and no shrieks at all (often used before). Granted that this was the harmless side of "metal", it could be wise to do so and it seems that making softer music has brought the band a whole new bunch of fans, yet I enjoyed his desperate screaming, which made the listening experience even more thrilling and unique. Yet, there is no Alcest record that won't bring something at least intriguing to the table, especially for the calm-minded listeners, who sometimes choose to relax and reach for the sky, through airy sounds and melodies. This is the band for you guys.

There is always a short period of excitement every time I find out about a new record and I felt about Shelter that way too. It looked different from day one, the promotion it got was different, the first couple of songs sounded different and now that it's complete in my hands, it is indeed different. The new Alcest has taken a path towards pure shoegaze / post-rock / dreampop, which might be equally powerful, but it will possibly disappoint some old fans, as myself. Listening to this, I had the same thoughts as I had when I first listened to the black punk albums of Darkthrone, like "this is great, but it's not the Darkthrone I'm in love with". I can't dare and call this bad music, but it won't get as many repeats as the previous albums and it did not have the same power on me either.

Even the arwork has changed. Where are the elegant and outstanding works of Fursy Teyssier, garnishing the album with wonderful pictures and stories of their own? Where is the artistic drawing of the band's logo, where instead lies a default font and a shining picture, clearly more simplistic and less alluring. The art plays a big role in an album and an even bigger one in the records of Alcest, since they ought to be captivating, adding to it's beauty above all. Even if there is a specific explanation and meaning behind Shelter's photograph, I don't think I prefer it over the heavenly swan  or the queen of blue, and I'm sure you don't either.

Reasonably, the music itself is a bit distant from the band's past. The distorted guitars are fewer and fewer, when the ambient  sounds, clean guitars, ethereal vocals are a lot more and describe the album's overall sound. It is not worse or better but equally effective as what Alcest are capable of writing and that's why it does have memorable moments, great tracks and amazing musicianship. Yet, I have a feeling that it now applies to a different scene, closer to the modern pop rock or indie rock culture, or it's melancholic self at least. The guitars are unadorned and similar to modern, easygoing pop. I don't feel any passionate drumming either, the music is vocal driven and focuses on a sum of sounds that create it's engaging atmosphere. Meaning that, I appreciate the album every time I listen to it and it's really good. Yet, I can't feel more or even the same as I felt with his other, truly monumental records.

Shelter is mainly spoken in French, which is a poetic language by definition and the impressive voice of Neige is a main and deciding element in each track. There are more than enough moments to dive into, like the introduction of "Away" (where his voice has a tone similar to the clean vocals of Kvarforth in Shining, strangely enough), the post-rock journey of "Opale" and "La Nuit Marce Avec Moi" or the notable "Deliverance", all of them strong points in the record. The multiple layers of the songs are built around various vocal patterns, which co-work nicely in the album (i.e. in the introduction "Wings", is purely vocals). It flows peacefully, accomodating the listener with a feeling of euphoria and I think it's the album that will make Alcest more known to the world.

It is true, you can't demand from an artist to stay the same forever, new ideas should be welcome as a neccessary and natural continuation of things in a constantly changing world. Bands should not be stuck to the past because they are missing the progress, so Shelter is what would sometime come around by Alcest, sooner or later. Personally, it's the least appealing album by them today, since it feels a bit lowered down, less intense, less vital. While up to this, Alcest were ideal for sitting alone and thinking about inner and outer space subjects, Shelter feels more appropriate as a background music during a morning in bed, cuddling with your lover. Even if this isn't their best album musically, it probably is the most indie approved and radio friendly one. Alcest is on the spotlight right now, when the shoegaze / blackgaze movement has finally exploded, I am happy about them. Like every groundbreaking album, many people will love this and many will loathe it, so I can't wait for the future.