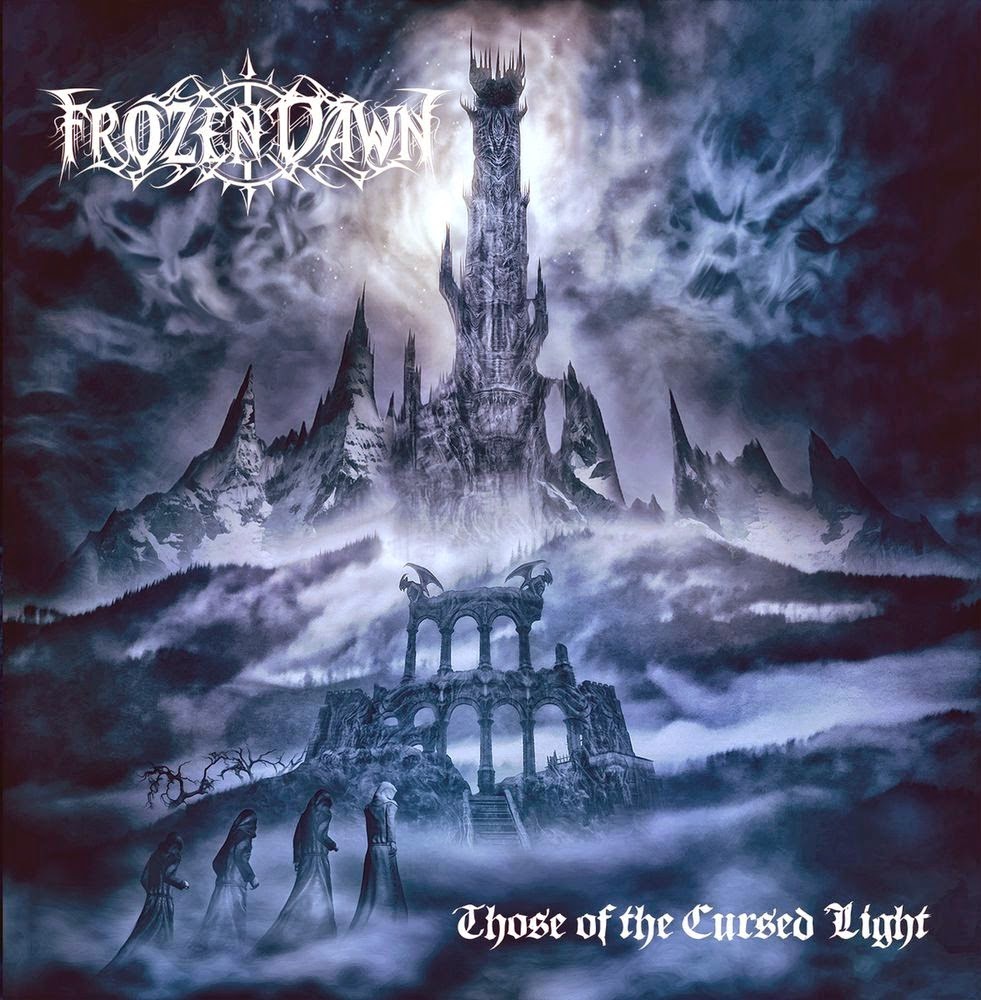 Before you start guessing the origins of this band, which seem to be rooted somewhere in the north, Frozen Dawn hail from Spain despite the obvious signs that indicate otherwise. These guys have adapted a couple of characteristics of the genre almost in a lookalike sense and I would dare to say it was just a copycat band, even before listening to the music. Indeed, this album's title reminds of Those of the Unlight, the band's name aches of Immortal and the likes, and the music? About that, too.

With such a polished production, the overall aggressiveness of the record is boosted up a lot, making it somewhat catchy and enjoyable during the first seconds of the first listen. Frozen Dawn display a  regular variety of riffs from the Swedish melodic black metal scene in it's dynamics and vibe. The solos and the guitar lines are more technical than the average, with a steady sound and a well worked cover art, apparently missing nothing as a whole. Those of the Frozen Light misses the "raw" part completely, aiming for a typical The Legion / Dark Fortress record, after poorly replaying the style of such bands.

As much as I enjoy crystal clean sound from time to time, I give a lot of credit to a band's personal advent to it's sound, especially in a constantly growing genre like that. I mean, bands that rip the material of the classic bands off are nice to listen to, but not to critique, and I think Frozen Dawn is such a band. What you need to expect from this album is melodic riffs, clean production, fancy titles, all born and raised in Sweden. I'm certain you have heard such records before and the issue of band similarities comes to the point where one does not overuse their influences for it's own good.

Musically, no one can claim that the record is bad, or that the band members are poor musicians. Yet, it's not something extraordinary either and I would choose a band like Naglfar anyday, to please my needs on hammering black metal like that. Listening to Those of the Frozen Light, you hear a replica of the original epicness and it's like a weak movie remake of a classic you love, you just can't get into it. In fact, the vocals here are very Necrophobic-ish and easily a person into the band recently, might confuse this to Necrophobic material.

All my objections to this album is that it's not Frozen Dawn's album, but any Swedish band's album, possessing half it's power too. I don't whine on such bands if their music is at least interesting, but with this I felt I knew what was coming and I was correct too, so it ruins the feeling right there. New fans will enjoy it because of it's intimidating sound and artwork, but it's relatively superficial beyond that, other bands have done it before and they have done it better. I would suggest you proceed with caution, since if you're an old school purist, this might as well hurt your ears.