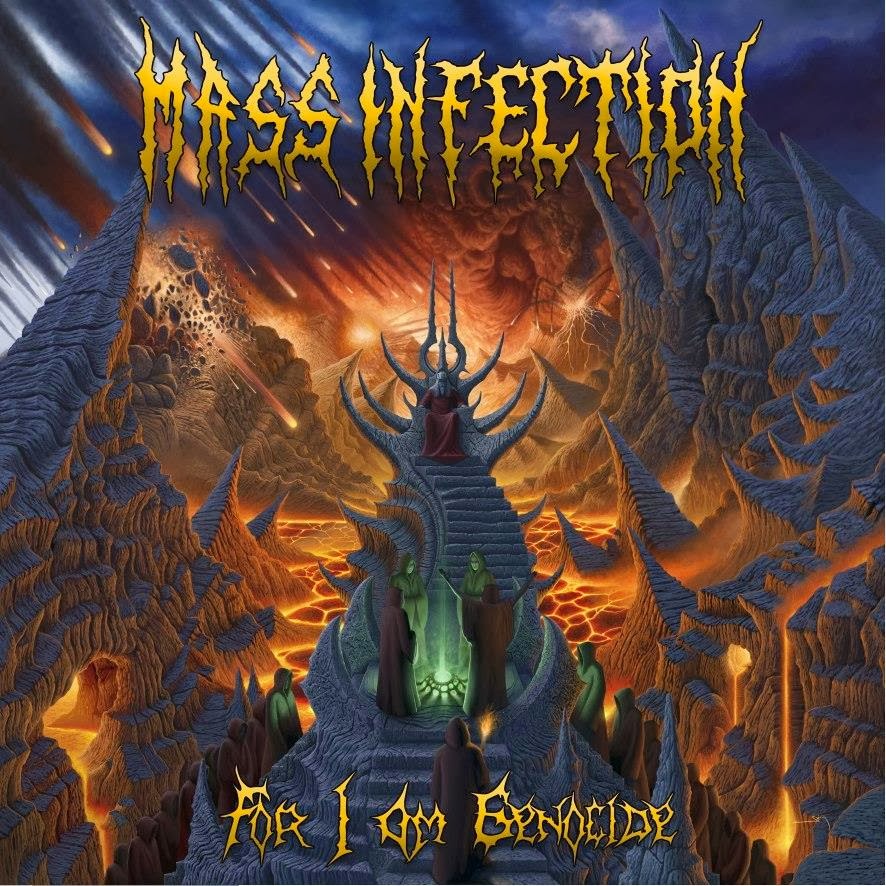 I have waited too long for the new album of this band, as there were news about it for more than a year now, with the crushing art of George Prasinis released early enough to make it even harder to wait. The third Mass Infection record comes five years after The Age of Recreation in 2009, which was truly a remarkable example of solid modern / brutal death metal and it's title is For I Am Genocide, because that's what it is. It's steady nature of brutality and ear violating attitude certainly delivers one more time.

The sound of For I Am Genocide is loud and clear. Enough attention is given to the vocals, which play an Immolation-type role to the tracks, keeping their deep growling tones exactly into place and above all in each an every second featuring them. The instruments are also quite polished, to the levels of any death metal band of our time and is characterized by a like-minded production as well, maximizing the volume no matter what. Mass Infection have had good sound in their albums before and nothing more or less was expected now.

In case it happens to be one of the most popular death metal bands coming from Greece, they honor their reputation with this hammering record. All the compositions have plenty of fierce riffs and fast-paced blast beats, taking the art of shredding a bit further than what we were used of them doing. They come with faster, well worked and technical parts this time, just to add to the overall power of their abilities, leaning towards the nowadays American scene and not that much of the Swedish / European old-school patterns.

For I Am Genocide lasts thirty five minutes and contains nine tracks of two to four minute tracks, except the last "The Genocide Revealed" which goes over six. There is enough variety in the songs so that it doesn't get repetitive, even though they maintain some similar ideas expanded from a different angle each time. I don't see why these guys can reach less greatness of glorious death metal bands we all know, as their new album is more than legit for the genre and not only. Once again, Mass Infection are impressive. My wait was not in vein.