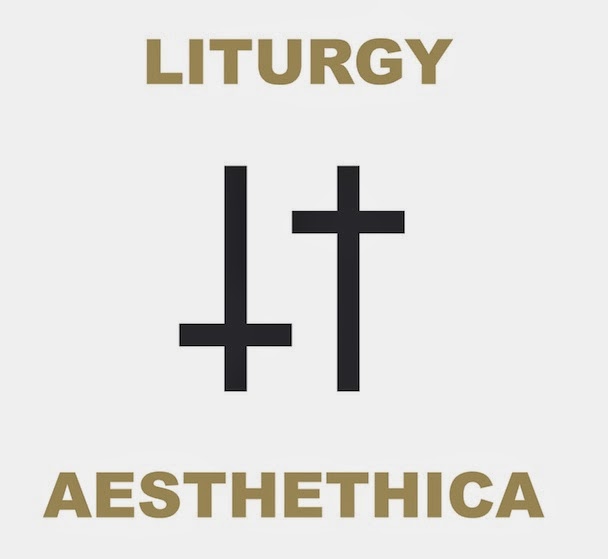 This controversial act has been the center of attention of what's hot in the scene the last few years, bringing out their own combination of the indie rock appearance / culture and the black metal sound. If that hasn't already raised a temper for you just by reading it, wait until you hear their rainbow colorful music, which is most complete with Aesthethica but also with their debut Renihilation in 2009. I was planning a discography review package but that split with Oval they released the same year with this is to boring to even go through, so I skipped it and went to the main part, which also contains some of the most known songs by the band.

Even though the production has been cleaned enough in Aesthethica, the repetitive buzz that characterizes Liturgy is still here and stands out offensively in numerous moments in the album. The irregular riffing is aching and confusing, meaninglessly climbing up and down the guitar strings and giving the same fever you might get from listening to a really bad mathcore band. Of course, the drums are trying to catch up in an insane rush and they do succeed, offering their own non-linear playing, which is annoying but at least a bit accurate. I was already frustrated by their previous gruesome records, but this seems about as hard to  listen, for it's so bad and unimpressive.

In order to fully get how weak the song writing is in this album, one can point out the one-note rhythm parts in the songs. If you thought mallcore breakdowns were lame and musically empty, this just fits to the same shelf, as you will come across the same style here, in almost every track of the album. Almost EVERY track of the album, seriously? It will be listened for the first time in the first song "High Gold" and it hurts pretty much, an even worse one will come with "True Will", the introduction of "Returner" keeps it the same, while "Generation" is that rhythm, in the whole track. I wish any of these was good, but a below average melody being played again and again gets the status of ultra boring.

"True Will" is definitely one of the worst songs in the album, especially for it's hysterical introduction. There are acapella voices reminding you of horrible school choir days, when you had to sing something that you hated, the same counts for the last track "Harmonia". Now, that's an element I don't want in my music. It's obvious these guys are trying various interesting tools of composing, and more obvious that they fail from start to finish with anything they touch. Unlikely introducing techniques like the "burst beat", which is more emotional and true in it's nature, worth something more than mockery. I burst into laughter listening / reading about it.

If all this wasn't enough, Aesthethica lasts an hour and five minutes in total, containing twelve tracks (including the instrumental). What is this after all, is there so much diversity and variety in the album that it needed that much time to unfold? Are there so many compositional ideas that could not fit in a thirty five or forty minute record? It's exactly the opposite, no variety at all anywhere. Instead, most of the tracks define the word monotony and there are so many of them it just gets unbearable. Does "Helix Skull" sound like your regular guitar practise? It might be just that. That song has one washed out, soulless line all in all, whining for two and a half minutes.

The same line goes on and on. More awful clean voice in "Glass Earth", more blasting and nauseating riffs in "Harmonia" and "Red Crown", concluding to be one of the hardest listens I had to do for a long, long time. With the drummer as an exception, who tried his best to do this as rich as possible and provided a decent effort, Aesthethica is repulsive. Apparently, the pseudo intelligent and intellectual concept of the band is another important aspect on it's own, but I let you dig into that and see for your own. Aye. Hyperborean "black metal" is clearly not for me.