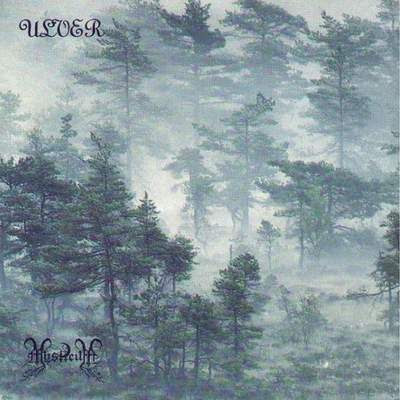 Apart from the unholy trinity of Mayhem-Burzum-Darkthrone and other famous ones like Enslaved or Immortal, many bands emerged from Norway during the early 90s that did not get that much attention, just enough so that they would become "kvlt" a decade later. Mysticum's only full length "In The Streams of Inferno" is an industrial black metal blast that was recently re-released and they are working on a new album right now. As for Ulver, they heavily changed their sound to experimental/ambient paths and managed to remain magnificent. This split was released right at the period when both bands were breathing black metal inspiration, angry teenagers against the world with a talent for music.

The two bands offer one song each, and that makes it a short release that lasts ten minutes. The track by Ulver is taken from their debut demo Vargnatt, released a year earlier, and Mysticum's track is taken from their demo Wintermass, also released in 1993. I always examine the cover of a release and this one is rather simplistic, some trees and fog, overused but essential arts for the genre that please my eyes. Only vinyls were released for this and i bet it looks pretty good on a 7" cover.

Ulver's track "Ulverytternes Kamp" reflects the music they were creating back then and for their first three albums, which is raw and agressive black metal filled with some melodic and acoustic parts. It sounds a little bit different than the version of the demo, but the two songs are basically identical.  I am fond of their early stuff and this song is no exception, it is awesome all the way. Mysticum's offering is in wronged by the production and its poorly recorded. There are some synths on the back but they are a bit hard to hear and the drums seem to cover the rest of the song at some moments. The compositional part itself is legit and innovative for its time, they proved that with their full release.

If we were around when this was released, we would not hear any new music by the bands. They probably were in touch from before and decided to throw out a release together, just for the sake of it. It is enjoyable but not something that i will return and listen to again, since these two have released much better demos and albums.