All Pigs Must Die - Nothing Violates This Nature (2013) 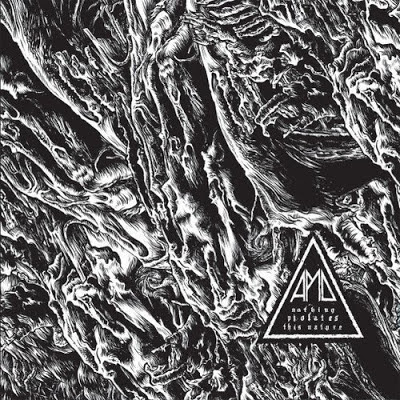 All Pigs Must Die "Nothing Violates This Nature"
Summer 2013, Southern Lord Records

Hardcore is not my thing, and i generally avoid any bands that fall under that label. Typical hardcore bands like Terror, Agnostic Front or Sick Of It All have nothing to give me at all. I saw this album labeled Dark Hardcore somewhere, which is something i might give a chance once in a while. All Pigs Must Die is a project by members of Converge, The Hope Conspiracy and Bloodhorse.

Hopefully, they indeed take the straight-edge culture hardcore sound to darker paths, since by itself its unbearable to me. The band name is catchy, the album title is catchy, lets get on with it. From my point of view, this is a hell of an album to headbang to. These guys know their way around making hardcore melodies powerful and there is finally a voice i can stand, these sweet shouting vocals. The flirt with extremety, having ounces of grindcore here and there, their music is assaulting and pleasing to the ear. I can even hear some blackmetalish riffs in some parts, especially the introduction of "Of Suffering" or "Bloodlines". Always a good thing.

In general, the album is groundbreaking and skull crushing, i didn't see it coming at all. My eyes fell off while i was listening. Not because this is a musical extravaganza or a demostration of magnificent and complex musicianship, its just that they have hit the heart of the music they're playing, they have composed a very good album around it, with personal additions in the lyrics and the songs. Im gonna be replaying this a lot until i get sick of it.

DAMAGE: [7.5/10]
By VJ-atyc at July 06, 2013
Email ThisBlogThis!Share to TwitterShare to FacebookShare to Pinterest
Labels: All Pigs Must Die, Dark Hardcore, Hardcore, Interesting