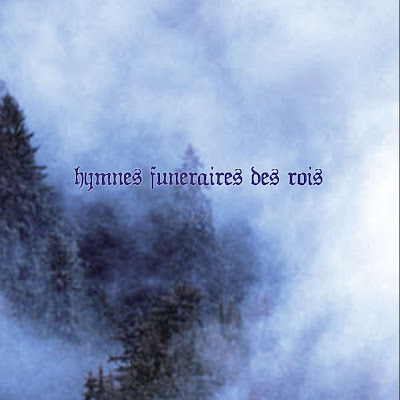 These two bands are known for their bloodchilling black metal and when the subject arrives, they should never be left out. Shatraug's project Mortualia is a torturing machine of unattractive sounds, whereas Monarque is a canadian project with a very delicate approach to the genre, as an art. This split between them was released back in 2008 and i can say it is very good. There are two songs in here and the album was only released in 7" vinyls.

Monarque's song starts with the standard tuning of DSBM, which helps the guitars sound thick and cold. It is the main characteristic of the song, since the rest of the instruments just kind of follow the slow-paced riffs. His vocals are amazing as always and the beginning of the song is a less-depressing and more atmospheric version of Xasthur or Veil. Monarque also added a clean part in between the song, making it a solid listen.

If you are familiar with Mortualia, you will expect something more painful than what you have just heard, and that's what you'll be getting. Shatraug grabs his evil thoughts and squizzes them so much that music comes out of them. The song moves on the same pace as the first two albums he has released, which means sad riffs with simple drumming, following bass and a hurtful voice. Seriously, these vocals can rip your heart out. It's not something new, its exactly what he knows best and he is a talented composer.