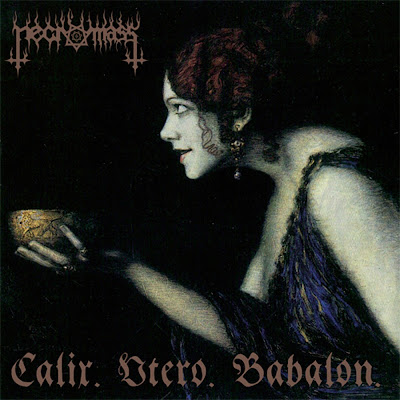 
The Italian horde is back with a vengeance, as they have been silent for the last fifteen years or so. They have their own reputation in the underground extreme metal scene, since they are considered one of the cult bands of the middle nineties in black metal. Time worked in their favor this time, since the new album has finally some taste. I had to go through the limb blender and the celestial testacles to reach into this gem.

First of all, there is an immense improvement in the production, and it finally helps their musical ideas to unfold. There is a balance between the sound of each instrument and it creates a pleasant, clear and enjoyable result. Or maybe i feel this way because the music is solid, but i don't think anyone can argue that this sounds better than their early stuff. I know there a lot of fans/worshippers of their early sound, however, this is a really good effort to be considered inferior to the rest of their discography. In fact, it is exactly the other way around to me.

There are many interesting ideas in the album, nicely melded together, creating something that i happily recongize as innovation. Its not pure straightforward black metal, it does not have a repetitive pace, it changes moods and melodies again and again in each song, without making the difference too obvious so that it would ruin it. The occult feeling is maintained more with the two interludes they have in between the full compositions, that consist of demonic speaches/vocals and weird samples. The guitar work and the vocals mostly create the atmosphere of the album, which is more melodic and less ponderous, with epic elements as well.

If i was to point some standout tracks, these would be "Scarlet Void of Lust" and "Dawn of the Silver Star", but the introduction and outro do add the cherry to the top. I can't hide my admirarion for the cover art as well, which reminds of a painting of a different era. It is a work by Franz von Stuck named “Tilla Durieux as Circe”, created back in 1913. I would buy this if i found it somewhere and so should you,  they deserve the support of the scene.