Nightbringer - Hierophany of An Open Grave (2011) 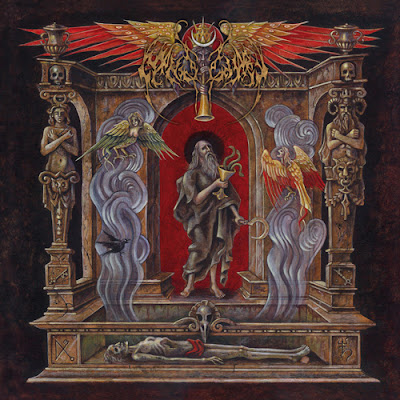 Nightbringer "Hierophany of an Open Grave"
Summer 2011, Season of Mist

I can't decide if time favors this band's ideas on writing and releasing albums. Only one year passed since the release of "Apocalypse Sun" and Nightbringer unleashed their third full length, and maybe their best work to date. This is an album that puts to the test theories like "Only the European BM is true", which is of course false, but just for the sake of arguement. I knew these guys were amazing musicians and i'm glad they decided to quit goofing around and get down to serious business. All the objections i had in the previous albums have been diversified and transformed to something greater and complete, which puts them among the top of their field.

Despite its length being a little bit over the top with one hour of music, the album is full of intriguing musical uances. They have perfected the art of switching tempos during the songs, improving the dynamics and comforting the listener that the listening experience will not be staggering this time. It has finally stepped into a room of real cosmic darkness, violently claiming the throne, as the tracks vary from chaotic fast melodies into tormenting doomy ones.

The blending of the two is perfect and almost goes unnoticed, making the album's flow truly amazing. The musicianship reigns supreme, erases any signs of mechanical studio recreation of the music (something that did not achieve in the previous releases) and all the instruments are alive with flesh and blood to praise the recording. 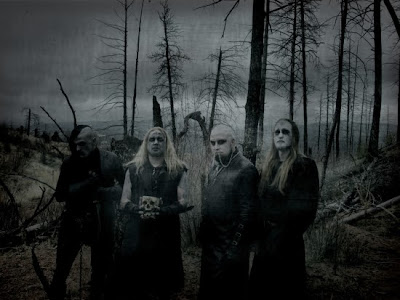 Nightbringer experimented with new progressions and added some acoustic guitars while keeping the pattern of riffs they followed in their older albums. Some of the tracks on this album, like "The Gnosis of Inhumation", "The Angel of Smokeless Fire" and "Psychagogoi" are the best the band has ever released so far.

The ideological content of the album is a malicious presence, haunting the music. It is enshrouded in a mysticistic aura that is a painful burden to someone not familiar with their music, it is unfriendly and aims for the highest values of life and death, via a path of thorns. The band is exposing itself to serve the music, with a glorious vision of the genre as a unique art. Ritualistic chants, scourging sounds, demonic synths, never used before and invoke into an overwhelming result.

The difference is that this record is full of variety and wealth of melodies. It has become even harder to assimilate their music now, but that doesn't prevent them from getting the credits they deserve for it. As far as i'm concerned, the album was welcomed with open arms in the underground community, and i'm glad. This album has given birth to the wings that evolved the band from something unclear to a true, majestic band.