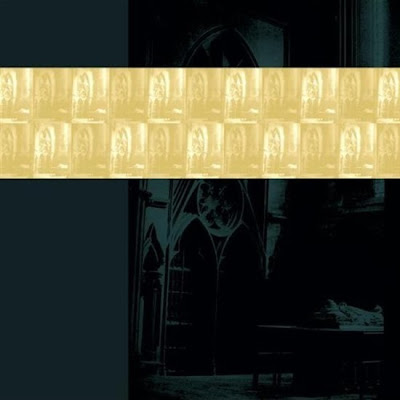 This album was released under the eager pressure of a strict fanbase, after a wait of six years, which means that the hardcore fans of Abigor would want to love it, but they would burn it to the ground if it had any flaws, because in the case of Abigor, flaws are not accepted. So, as everyone was anxious to witness the comeback of a high quality band with a straightforward sound and a manly use of keys, that had it's own dominance during the nineties and holds respect to this day, they punch everyone in the face with an experimental new approach. They played with fire and one can't say they won, because of the usual kultster whining, but this actually an ingenious album.

The guys probably noticed that technology can be used in favor of music and they added the element of the computer a lot to this album. Every melody is curt and accurate, carefully placed to compose a fresh new sound of sableness, when at first, every guiding lines in the composition process are erased. The songs do not follow the structure or the pattern of their early albums, and for sure the don't sound the same at all. The chaotic synth black metal characteristic of theirs is no more, and machine sounds have been added in the interludes, as well as the general production of the album, which makes every instrument sound crystal clear. A work like this resembles how fusing industrial/electronic parts to your music when you have a pure metal past actually works out and Morbid Angel should have taken a lesson before committing a crime in 2011. "Fractal Possession" feels like a bunch of ideas glued together into one nonlinear, yet consistent result that will be a little uncomfortable for purists to listen, if they do at all, because all of these unidentified noises that come and go. That's what makes a great band and if I was fond of Abigor for their early amazing era, I now salute them for having the ability and the guts to release this.

Apart from the typical black metal vocals, there are various spoken word/announcing deep cleans here and there, as well as backing screams and they are performed by a new person named AR. His services are diverse and not completely succesful, as I do dig the screams / growls but not all clean ones fit the rest of the mechanized madness. TT has returned to the drum post and his effort here is remarkable, with all kinds of fill in and blast beat lines, the sound of his hit is legit, while a bit louder at some parts. I particularly don't like the few moments that contain just the drums with a sample or vocals along, but it's not that important. The guitar parts are quite different from what you might remember, since the riffs remind more of a new age peri-apocalyptic situation, as if the cyborgs have finally conquered and destroyed planet Earth. They're not particularly catchy, but they are were written and accompanied with various robotic samples. The bass lines are enjoyable to the extent that I could understand, because they are way in the background, like an infrasound silently building an atonal groove. I really enjoyed all the electronic elements (samples, sounds etc...) despite the fact that I had my suspicions before listening to it, bands usually fuck up in this territory.

It is an album targeted to more adventurous listeners and the signs of modernity are all over it. There is a high possibility that the old-school fans will loathe every last bit of it, but there are a lot of avant-garde fans that are into innovative music, especially when it comes with an attitude. I can't label this as a masterpiece because of it's minor imperfections, but it is one of the most interesting pieces of modern black metal I have heard so far. The option to get frustrated and annoyed by this nonsense or to get excited and amazed are two black and white nearby squares, so I think this is a love-it-or-hate-it record. You have been warned.