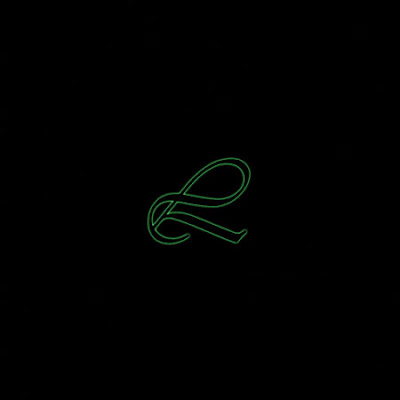 Nachtzeit is not fooling around, instead he is focused on his project and keeps the releases coming every now and then. Lustre's second full length album "A Glimpse of Glory" was released a year after the first and an EP was out in the meantime, so the ground was still soft from the earlier releases. The record lies heavily on the atmosphere and the slow-paced tempo, but has undergone some alterations compared to "Night Spirit" and "Welcome Winter" EP.

The music is seperated to three pieces instead of two, without changing the overall length, which still clocks at 40 minutes. The ambiance of the tracks is not limited to some warm keyboard melodies, it has grown more spherical and contains all kinds of wild nature samples, like wind blowing, waves, wolf howls, ravens, birds... There is a second synth line that accompanies the guitars for a background basis, and on top of it are the various keys and the vocals, which sound distorted and afflictive. The music has grown into something deep and organic as well as atmospheric.

The first song "This Mighty Sight" (and by the way, i do prefer song titles instead of Part 1, Part 2 etc...) starts of with the sound of the wind, and shortly after there is a thrilling synth line which basically describes the first 10 minutes of the song. Towards the ending, there is a part that will be familiar to any fans of their first stuff, since it has these droning guitars with the scarce drumming and the soft keyboards, certainly provokes emotions. It is also the longest composition of the album, lasting 16 minutes. The second song "Lunar Light" has a 3 minute quiet intro and then kicks in with the same eerie ambiance as in the first song and closes with the sound of an outcrying wolf pack. The title of the album resembles a positive meaning and that is instrumentated in the last song "Amongst the Trees" which is a track of calmness and ebullience, consisting of synths and singing birds. I'm left with a feeling of euphoria as the album ends. The whole record contains only 4 lines of lyrics in the first song, the rest is fully instrumental.

I was expecting not to like this that much it really has a great touch on ambient black metal in a gentle way, that it completely erases the aggression of black metal itself. One has to be in the mood to appreciate this kind of music and if you do, i think this will come in handy during the late night hours.

Track listing:
1. This Mighty Sight
2. Lunar Light
3. Amongst the Trees