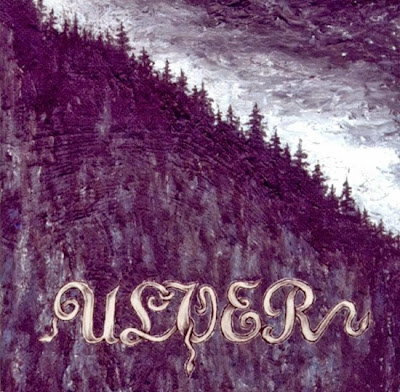 Ulver's debut album is a part of their first era trilogy, before changing into more experimental / electronic music. From the first demo "Vargnatt", the band showed it's exceptional style of combining harsh black metal with melodic/folk elements. This full length arrived to lift them off the ground and transfer them into the pantheon of the Norwegian scene, with one of the most original and captivating albums until then. It was released several years before the atmospheric black metal scene started taking it's first steps with Agalloch and there was really nothing like this back in 1995.

The album is written in ancient Danish with some Norwegian phrases and it's concept is about girls that were lured by evil spirits and demons into the mountains, so that they would live forever in their halls and castles. This folkloric subject gives boosts the excitement and the interest of the record, welcoming the listener to it's own way of storytelling, which is ample for anyone to understand, whether they speak Danish/Norwegian or not. "Bergtatt" is split into five tracks which last a total of 34 minutes, with a moderate track duration around 4-8 minutes each.

The band's sound in this album is softer than your average black metal band, lots of acoustic parts, pipes and clean vocals are used. Garm's voice is amazing and could not go any better over these tracks, demonstrating his talent to sing / scream like he did. The production of the clean parts is warm and touching, capturing the feeling of being deep in the forest of a mountain perfectly, including the sample in "Capitel III" where you can hear the sound of a person running and going over pieces of wood.

The compositions are not as agressive as their compatriots at the time and the sound focuses on the essence of blistering euphoria rather than pure hatred, a piece of work that could work as a bridge between the two sides. Every song is a highlight, since the album is not repetitive and the constant switching of acoustic and distortion parts entrench a potent result. Still, in several moments this change, from harsh raw black metal, to an acoustic folk part, is done a bit disorderly, like a new song is kicking in. This lack of constistency does not decrease the quality of the album by any means though, and it's definitely listenable.

While the first song is purely sung in cleans, the second is a vicarious sample of the whole album, with a wise dose of acoustic guitars, distorted guitars with shrieked vocals, melodic lines and an audible, sweet bass sound. The chanting at the end of the song is amazing, and continues to the beginning of the third track, which contains one of the heaviest moments of the album after a melancholic intro. There, you can find pure black metal sound, riff and vocal driven.

Then, Capitel IV and V are my favourite. IV has no distortion at all but it's still dark and intense. The splendor of Garm's voice is shown with the low, deep singing he does and the female psalmodies in the end give a very special feeling to the track. V starts with a fast-paced tempo and a true Norwegian scream (yes, this a true Norwegian one) and wanders around the by now familiar Ulver formula of combining the calm with the storm. It ends beautifully, with an organic acoustic guitar tune.

There has always been a debate in me, whether this or "Nattens Madrigal" is my favourite off their early era and I haven't decided yet, because I enjoy them for different reasons. This album is an engrossing offer by a really talented band, and despite it's minor, tiny flaws, it is considered a classic by the scene and by me.